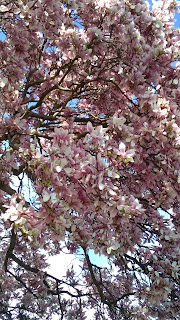 A few events in the last month made me conscious of the difficult time we are experiencing. Sarah Everard’s abduction and murder shocked me. Attacks, violence and rape against women happen all the time all over the world, but this was in London at 9.30 pm to a young woman heading home from a tube station. She was in a normal situation; she wasn’t walking in a gloomy underpass at 3 a.m., she wasn’t skimpily dressed, drugged or drunk. Stories came out on the internet, on newspaper columns and social media of women who had been molested or harassed in the street several times in their lives. It is a constant feeling of not feeling safe even in daylight, of being the target of comments by men or of being wolf-whistled. Women feel the sensation that maybe they have been often close to what happened to Sarah Everard. In her case an apparently ‘normal’ situation turned abnormal, a dark nightmare, a horror story. Her remnants could be identified only by her teeth. This raises several unanswered questions. How was she abducted exactly and how did she die? Why her? Was she ‘chosen’ by chance or was there a connection between the murderer and her victim? Was it planned? Will the whole story be eventually revealed?

Then the vigil with so many people gathering, the Duchess of Cambridge visiting and the police warning the crowd to disperse. Finally the handcuffing  of some of the protesters. 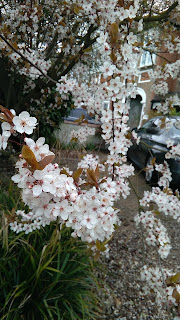 Covid regulations, they said, which was true but sounded unfair and excessive considering the situation.

I remember that when I was young crowded buses in Rome were a nightmare. I rarely missed men groping or feeling a hard thing pressing on my bottom. I could hardly budge so sometimes I addressed the harasser or tried to squeeze my handbag behind my bottom. It was very unpleasant, disgusting and at the time I felt it was unavoidable, just the consequence of being young and a woman. Going back home at night in empty buses or solitary lanes could be risky as well and arriving safe and sound gave me a sense of relief, I had made it home.

Meghan and Harry’s interview with Oprah Winfrey was a bit of a shock too, though nothing comparable with Sarah Everard’s case. The Duke and Duchess of Sussex are millionaires, living in a super wealthy area of Hollywood surrounded by privileged people. The reasons why they left the UK and the way they were treated by the British press are upsetting but, in a way, predictable. This is what happens to celebrities and the Royal family is constantly under scrutiny. They are supposed to be perfect and situations are created to make news, and money. I wasn’t surprised by the racist comments, there are always weird fellows in large families, though I don’t believe the Royal family are racist. I expect they are controlled and their freedom is limited. I imagine it is hard but it is understandable. They have several advantages though, they live in palaces and castles, they have servants and secretaries who think about the daily schedule and routines. They wear beautiful and expensive clothes and jewels, attend parties, concerts and other important events. Some of them also share part of their wealth with charities, which is remarkable, and, on the whole, are good well-behaved people, except for a few exceptions. Most of them, like Kate and William, make every effort to connect with ordinary people. I wonder what will happen when the queen is gone, she is such a unifying figure. I like Harry and Meghan and I hoped that they could be an example of diversity, an alternative view to the more conventional William and Kate and the traditional role of the queen. But they gave up and sadly it seems there is no way back. They seem sincere and looking for their own way. I just hope the situation won’t become too harsh and risky.

Some news from Italy puzzled me too. The temporary suspension of the AstraZeneca vaccine and the confusing changing of tier colours. White, yellow, orange and red were not enough for the creative Italian mentality, they also had dark orange and dark red to mark a shift in rules. Sometimes inside the same region there were areas of different colours, for example an orange region could have dark red spots. The only white region was Sardinia. Things got worse in March despite the vaccination program, which was slower than in the UK, and stricter lockdowns were implemented in some areas. 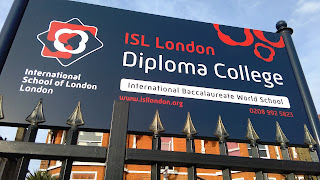 At the end of March I ended my work at ISL London, which was sad in a way as I enjoyed the teaching and the contact with colleagues and students, but, on the other hand, this gave me more time to make the final corrections to my thesis and to work on my creative writing projects. This is also the period that I mark papers for IB, the International Baccalaureate organisation based in Cardiff, so I feel very busy and committed to complete my work. Furthermore, I need to plan ahead: academic articles, reviews and maybe organise my 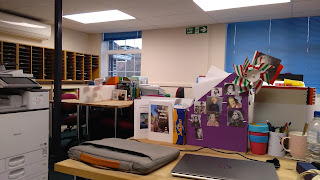 poems in a new collection and submit it to publishers. I am also working on short prose pieces but I need more reading and more time to finish them. In May I will have poetry workshops, conferences in summer and after summer and I would like to see my mum in Rome at some point. For Easter I hope to visit my sons, daughter in law and my granddaughter Violetta in the north of England, and hopefully meet my autistic daughter Valentina. Everything will happen outside in gardens or parks. We will have picnics and hang eggs on trees and bushes hoping the weather will be merciful. Here is a video of Violetta

Here are a few Easter treats I planned for the picnic:

For the sponge you need: 4 eggs, 200 g of sugar, 250 g of flour (the weight of the flour should be the same weight as the eggs), 50 ml of water, one tsp and a half of baking powder, one tsp of bicarbonate of soda.

You also need 250 ml of whipping cream or double cream and some liquor or milk to sprinkle the cake.

Start preparing the sponge. Whisk the eggs with the sugar for 10-15 minutes then fold in the other ingredients. Pour the mixture in a round greased cake tin and bake at 180 C for half an hour.

Prepare the custard cream mixing all the ingredients in a sauce pan, stir and cook until it boils. Turn off the heat and let it cool. Whip the cream in a bowl and put it aside.

When the cake is ready and cool cut the upper part and put it apart, then cut it in half. Sprinkle the two main parts with liquor mixed with water or with milk. Mix the custard cream with half of the whipped cream (Chantilly cream) and spread half of the mixture on the bottom half of the cake. Cover it with the other layer of the cake and spread the rest of the Chantilly cream on top. Finally cover it with the rest of the whipped cream. Cut the upper layer of the cake you left apart in small cubes and sprinkle or stick the pieces on the cream. Chill for 2-3 hours before serving.

This seems to be a favourite treat for Easter time in many different versions, ideal to celebrate abundance after the fasting of Lent time.

For the meringue you need: five egg whites and 200 g of caster sugar.

For the filling you need: 250 ml of double cream.

For the decoration you need: 100 g of white chocolate, 100 g of black chocolate, berries and mini chocolate eggs.

Whip the egg whites until stiff adding the sugar little by little. Spread the meringue in a circle in a round tin lined with baking parchment. Create a sort of crater in the middle. Bake for one hour and a half at 150° C. and let it cool inside the oven. When it is cool melt the white and dark chocolate in separate bowls in the microwave and pour them on the meringue. Whisk the cream with a tbsp of sugar and fill the crater. Decorate with berries and mini chocolate eggs.

For Easter I am planning to make the traditional pastiera but biscuits are always handy especially in picnics. I used nice new bunny biscuits cutters I found online and my daughter brought a Totoro biscuit cutter from Japan, here are the recipes: 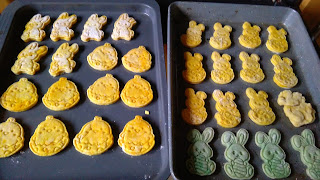 Mix eggs and sugar then add all the other ingredients. Let the dough rest for half an hour then roll it out and cut the biscuits. Bake them on a greased oven tray for about fifteen minutes at 180 C.

Mix eggs and sugar then add all the other ingredients. Let the dough rest for half an hour then roll it out and cut the biscuits. Bake them on a greased oven tray for about fifteen minutes at 180 C.

Have a great Easter time!💟☂