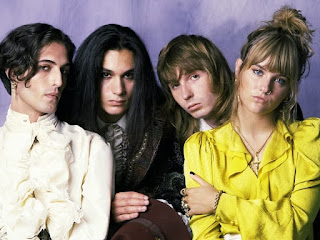 I cannot help writing about the Eurovision song contest every time it happens and this year I am so excited that the Italian song ‘Zitti e Buoni’ (quiet and well behaved) has won😀. Here are the links to the video clips:

It was not my favourite song but Måneskin are so popular and are great performers. Their song is powerful, appealing and has a challenging message, and some swearing too. It is Italy’s third victory after Gigliola Cinguetti in 1964 with ‘Non ho l’età’ (I’m not old enough) and Toto Cotugno in 1990 with ‘Insieme’ (together). The competition with Barbara Previ’s ‘Voilà’ (France) and Gjon’s Tears’s ‘Tout l’Univers’ (Switzerland) was tough at the end but the public had different views from the jury and awarded the prize to Italy, giving the Måneskin more than 300 point. The band suddenly jumped in the lead. The camera framed Damiano David, the leading voice of the Måneskin, and the Swiss singer Gjon’s Tears just before the final results; to me they reflected two clearly different worlds, the world of rock and roll’s transgression and youth rebellion and the soothing more conventional reality of the every day. 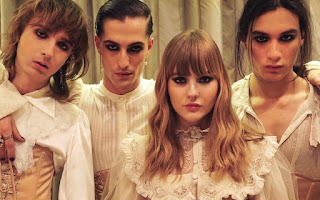 The Måneskin (which means ‘moonshine’ in Danish) emerged from the Italian talent show X Factor 2017. The members of the band met in high school in Rome, Monteverde area, and started as a band busking in the centre of Rome. Their debut single was ‘Chosen’and in 2018 they became hugely popular with ‘Morirò da re’ (I will die as a king) and ‘Torna a casa Marlene’ (come back home Marlene), which is my favourite song. Their first album was Il ballo della vita (the dance of life) and they also released a film, This is Måneskin.

Here are some links to their work and music:

This is Måneskin, film trailer  https://www.youtube.com/watch?v=LOqCQFzgO0A

Morirò da re (I will die as a king) https://www.youtube.com/watch?v=iywXK9Dj2o4

The lyrics of ‘Zitti e Buoni’ with the English translation is here:

The text was slightly changed for the Eurovision as the original version has some swear words, like ‘non sa di che c*** parla’ (they don’t know what the f*** they are talking about) and ‘vi conviene toccarvi i coglioni’ (you’d better touch your nuts), a superstition gesture. This last bit was sung in the original version after they were announced winners. The refrain ‘sono fuori di testa ma diverso da loro’ (I am out of mind but different from them) points out a transgressive view but also the awareness of having a special gift of sorts that makes the protagonist stand out against the masses. They have an androgynous ephebic look characterised by black eyeliner and dark nail polish which suggest freedom of sexual choices, attitude and style. Their outfits are Italian high couture with special attention to details such as accessories. Their world is a world open to possibilities, which is very different from the conventional and secluded prospectives of many of the songs presented at the Eurovision contest 2021. In their songs there is a subtle criticism of stale ordinariness and easy hypocrisies in search for authenticity and free choices. The public gave the prize to unconventionality as it has often happened in the past few years at Eurovision. At the end, Damian said that ‘rock and roll never dies’ but there is much more in their song. 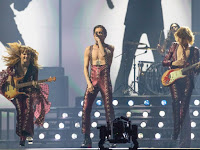 Seeing so many people packed in the Rotterdam’s Sahoy Arena without face masks was surprising and revealing, a sign of normality we all needed. As every year, the extravaganza of the Eurovision contest included some weird outfits like the all yellow Lithuanian style and the Ukrainian singer’s acid green bird-like jacket or the Norwegian angel costume. No one could beat one of the German costumes dressed as fingers doing the peace sign which unfortunately during the movements of the dance looked like a middle finger. Alas, most of the women’s dresses were different looks from the same collection in glittering silver as the top colour chosen. 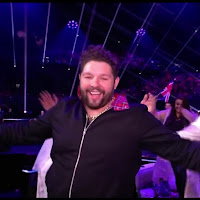 Some songs didn’t deserve the low points they received both from the juries of the different countries and from the public. I liked ‘Ember’ (UK,https://www.youtube.com/watch?v=BMDGTsa_Qq0 ), the beat was engaging and James Newman is a good singer. Bulgaria’s and Spain’s songs were interesting too (respectively Victoria, ‘Growing Up Is Getting Old’ https://www.youtube.com/watch?v=qMNxCzuEdVM and ‘Voy A Quedarme’ with Blas Cantó https://www.youtube.com/watch?v=thV-vhOQHvQ), and The Netherland’s ‘Birth Of A New Age’ sung by Jeangu Macrooy which was one of my favourite songs. The soul rhythm put together with percussion, the dance and the message, which refers to Black Lives Matter, were so engaging and true that for me it had no match. I loved the refrain: ‘Yu no man broko mi’(mi na afu sensi, in Sranan Tongo, the language of Suriname); it is strong and full of hope. Literally ‘Mi na afu sensi’ means ‘I’m half a cent, but you cannot break me’, that is, I am useless but I cannot be broken and don’t undervalue me. The song talks about the transition from slavery to freedom and the courage to stand up for yourself when everybody is trying to bring you down. 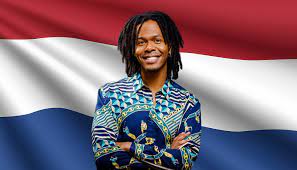 Here is the link to the official video:

and to the performance at Eurovision:

But at the Eurovision song contest anything can happen and this is one of the reasons why it is great fun.