has unfilled spaces
I measure with my thoughts,
wide windows and verandas 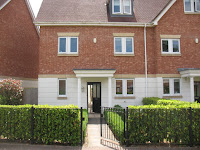 bursting with light,
a white staircase spiralling up,
knots in the honey wooden floor
like dark birthmarks or gigantic ants
I skip by instinct.
The corners are sealed with golden velvet,
the walls are cream.
On the roof the skylights mirror the blue
in trembling reflections.
I lean from the balcony drowsily
looking down at the grey tarmac,
a pool of flames.
This is a poem I wrote on my new house just after buying it. It gives an idea of how spacious  and full of light it is. It looks smart and clean as it is only a few years old. We didn’t need to do much refurbishing or redecorating but we decided to get rid of the carpet and have engineered wood flooring, a warm dark honey colour that gives a pleasant atmosphere. I found the person who made the job by chance on the internet (http://www.surreyflooring.co.uk/ ), which was very lucky, it was such a perfect choice that I absolutely recommend him for his precision and professional finish.

As I said in my previous piece, during the process of the move we realized we had too much of everything, above all clothes, books, photos and paintings, china things and other glass or ceramic objects we brought from Italy, reminders of weddings, birthdays, christening, etc. We didn’t have the heart to getting rid of them. I know a move is a good opportunity to make clear what you really need and what you will never need again (and this was the attitude we had when we moved from Italy to Lancaster, but that was a more radical kind of move), but this time we decided for a more moderate approach. We were just moving from the north of England to the south of England after all, we weren’t properly downsizing so we didn’t need to be so drastic. We kept almost everything included all the photo albums, our children’s childhood books and teenage books, both in English and in Italian (they may get handy with our future grandchildren), all DVDs and VHS. The problem was that we didn’t have enough cupboards and bookcases for all of them, so we decided to buy more. Our favourite place to buy furniture is Ikea, of course, cheap  with simple kind of furnishing adaptable to all kinds of spaces. 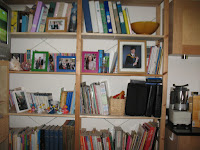 Our Ikea mania started when we spent a year in Stockholm about fifteen years ago. It wasn’t so well known in Italy yet and there wasn’t one in Rome. It was all so new and exciting for us, especially for the children, who were very little at the time. We spoiled them with all the colourful soft toys, puppets and cosy children furniture. 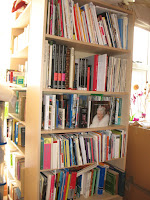 There are two easily reachable Ikeas in the south west, one is in Croydon and the other in Southampton, plus another one in the north west of London. We visited all of them more than once. Though all Ikeas look pretty much the same and have similar things, we wanted the whole tour just in case we missed an offer or a piece in a slightly different colour, but above all because we enjoyed it. Maybe this is because I link it to the happy memories we had in Stockholm and to all the fun the kids had there. We bought bookcases and shelves, as many as our lounge, bedrooms and even the kitchen could fit. Then a sofa (the two big ones we had in Lancaster we gave to charity), some chairs and innumerable bits and pieces, lovely things you can fill your house with, like wooden chopping boards, cool rags, frames for new photos (the ones of my son’s graduation), bright plastic bowls and boxes,. Needless to say we couldn’t miss out on the Swedish meatballs (köttbullar), the ginger biscuit (pepparkakor), various other biscuits and the rye and bran crisp bread (knäckebröd). It was like being back in Sweden in a way. 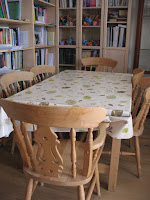 We spent a few days assembling the furniture and filling it. Then we realized we needed some more chairs for the lounge. Unfortunately Ikea ones were not strong enough for my autistic daughter Valentina, she would break them in no time. We needed a different solution. Strolling in the centre of the village where we now live, I spotted a few shops with new and old furniture, sort of antiques at its best. I browsed around and was struck by four sturdy wooden chairs perfect for our needs. We needed six though, but looking more carefully there were two bigger chairs which would be ideal at the two heads of the table. The colour and the shape matched with our table and with the lounge perfectly. We tried them and they were comfortable too. It was a deal, no sooner said than done they were around our table.

Home base was the other regular stop for different kinds of tools and for flowers, especially orchids, which my daughter became fond of. She collected about ten different types from big white ones with a pale yellow core to deep purple, yellow with red freckles, cream with violet spots and so on. They are all beautifully displayed in her room now, which is the biggest one on the top floor. 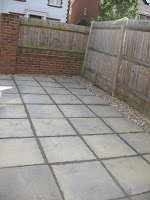 In spite of all the space and storage we managed to fit in the house, eventually we realised it was not enough. We needed a replacement of the garage we had in Lancaster. “What about a shed?” My husband suggested. So it became his task to find and order the right shed to store all the stuff we rarely use but that might become useful in the future. He found a nice one made by a company in Kent. The only problem was that to make it more stable we needed  paved ground, or so they said. Our garden was half paved and half lawn. Caught up in the excitement, we decided to pave it all. Cutting the turf was not easy but digging the ground 10-15 centimetres deep was much harder. We hoed and spaded, then filled bag after bag of soil and emptied around a hundred of them at the recycling centre. In the rain and sunshine we worked for a week, a huge effort but eventually the big hole was done. Then we had to fill it with sharp sand (as per instruction on youtube video clip) and used a mixture of quick sand and cement to fix the slabs on top. The final result was all right, not perfect but we were happy with it. It was only fourteen square metres but all made by hands, no diggers or other machines involved. A big and strenuous achievement. 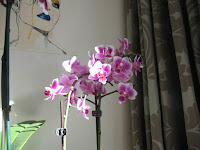 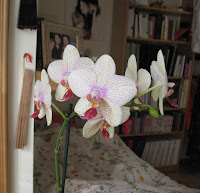 Unfortunately all the digging disturbed several ant-nests. The ants retaliated by wandering everywhere, ending in the lounge and from the lounge into the kitchen. We weren’t worried at first but started to be when I found them inside the kitchen drawers and cupboards. An ant phobia began. My husband placed ant baits everywhere, I cleaned meticulously the kitchen tops and floor twice a day and sealed sugar, flour, coffee, biscuits, chocolate, everything ants could be attracted to into tins, jars and Tupperware. All of it seemed useless, they had found the way and kept searching for any tiny remnant of food sticking to a wooden spoon or to a few crumbs left on the kitchen top or to grains of sugar accidentally fallen in a drawer. They were driving me crazy. I dish washed all pots, pans and cutlery. During the day they seemed to slow down but at night they spread again and in the morning they would be everywhere despite the kitchen never having been so clean. Finally my husband sealed all the possible holes, slots and chinks with silicon which concurred with a few days of torrential rain and the ants magically stopped. I don’t know if it was the rain, the silicon or my obsessive cleaning, or all three together, but now not an ant has been around since. So we could go back to our moderately dirty standards.