Spring time: basking in the sun in Leeds and in Surrey

Spring was a very busy time, wrapping up and delivering all the work I had done during the year and making sure that everything was packed and ready before summer. I had important deadlines at university; first of all, my end of year one review with forms to fill and a final piece of writing to complete based on my research and analysis of The Edible Woman by Margaret Atwood. I worked so hard on it reading extensively not only on the book and the critics who wrote about it, but also on other works Atwood wrote in the same period, like her poetry collections (The Circle Game and The Animals in that Country) as well as her reviews and articles. Furthermore, I thought the best critical approach to The Edible Woman was Baudrillard’s point of view on consumerism, so I studied some of his books as well. It was a big commitment but I enjoyed it thoroughly. My supervisors seemed satisfied with my work at the end, so I happily completed my first year at Reading. 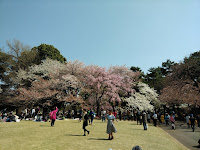 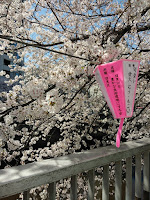 As soon as we came back to the UK from the Easter holidays we spent in Italy, we contacted our daughter who is living in Tokyo attending an MA course in fashion. She sent us some astonishing pictures of blossoming cherry trees looking like pinkish cotton clouds magically landing on earth. I really wish to see them, probably next spring, an occasion to see my daughter again and hug her in person instead of virtually with Watsapp and Skype.
After the holidays we also went to visit my autistic daughter Valentina at Fullerton, near Doncaster, and took the occasion to see my eldest son and my daughter in law in Leeds as well. The weather was gorgeous. We had a boat trip on Leeds canals, enjoyed our time together basking in the sun, strolling in the centre, updating on sports (football and Giro d’Italia were my husband and son’s main topics), talking about visiting Japan, skiing, dieting and my daughter in law’s future job. I miss them as we cannot meet so often but I know they are happy together, which makes me feel all right even for the standards of an Italian mum. 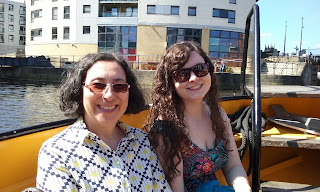 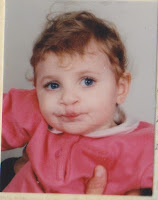 One of my short stories was published in The Lighthouse, Gatehouse Press, issue 17. I went to Norwich for the launching at the Bicycle Shop, now a café, and spent two days in Norwich for the occasion. It is a lovely city with a wonderful cathedral, a centre with cobbled lanes and quirky shops and an old market with picturesque stalls. Norwich was famous for textile manufacturing and for shoes. It was the largest provincial city in England before the Industrial Revolution but its fortune declined after it. In 1565 a massive immigration from the Low Countries boosted the textile industry introducing new techniques. The immigrants were called ‘Strangers’, which is self-commenting, but their passion for canaries is still alive in Norwich football team.

The art gallery at Norwich Castle had an interesting exhibition, Visible Women, on women artists, portraying women and female identity. It was inspired by a book written by the feminist artist Penny Slinger focusing on women’s multiple identities and exploring their experiences. I was intrigued by Sally Hewett’s work, a stich and embroidery artist, who represents parts of the body, mainly breasts, bellies and genitals, exploring scars, wounds and bruises inflicted on bodies, as well as their hairiness and grotesque side, all enclosed in a stitching frame (http://www.dazeddigital.com/artsandculture/article/34628/1/sally-hewett-embroidery-instagram-stitches-and-needles ).

The reading was exciting, almost dreamlike in the dark underground space with a few spotlights. I read my short story, Coniston Water, and a poem, ‘Pajarita’, published in South, and received positive feedback. I made new connections and loved the other people’s reading, all different one from the other, ironic, humorous, provocative and inspirational. I would like to go back to Norwich sooner or later for the popular Guild-day procession of Snap, ‘The Mayor’s Dragon’, a tradition that dates back to medieval time.

At the V&A Museum of Childhood (London E2) I also visited the exhibition ‘Century of the Child: Nordic Design for Children 1900 to Today’, inspired by the book with the same name by Ellen Key (1906). She claimed that children would become the centre of society, and she was right in some way. The exhibition stresses the fact that the welfare State in Scandinavian countries was the effect of a high level of poverty and aimed to improve children’s conditions in a time when child labour was common and education was not accessible to everybody. The objects on display belong to Nordic design, which is connected to the natural environment, the materials are eco-friendly and their colours and shape mean to preserve Nordic folklore and traditions using innovative styles. They look simple, essential and practical but are also colourful and tremendously original.

A large space is given to Brio and Lego, which underline the importance of free, independent play, a child-led kind of play, open to total creativity and with no gender connotation, which was a new idea at the time. There is an implied subversion of the gender roles in them, like in the stories of Pippi Longstocking by Astrid Lingren, where the young protagonist is perfectly capable of looking after herself without the interference of parents or adults.

I wandered around the Museum of Childhood reviving my passion for dolls and puppets, remembering the time when I used to visit this kind of museums with my children and hoping to do it again with future grandchildren.
For our 25th wedding anniversary, my eldest son and my daughter in law gave us a Truly Concierge day out combining Churchill’s war rooms and Alyn Williams restaurant in Mayfair. It was a real treat.
The museum dedicated to Churchill and WWII is an incredible experience, a surreal immersion in the claustrophobic reality of the time without any digital simulation. The almost bare rooms communicate the constant threat of invasion Britain was undergoing, the high tension pervading the lives of the people who worked there and their total commitment. There are underground rooms, airless, with spare furniture revealing no space for entertainment or free time.

Not everybody agreed with Churchill’s methods but eventually, looking back at it now, he was proven correct. He was the right person at the right time. Though the war brought death, hardships and destruction, like every war, it was not possible to compromise with or surrender to Hitler. Churchill and his team embraced the right cause with discipline and determination, concepts that look old fashioned today but were very important at the time and helped avoid worse consequences. Can we imagine Europe ruled by Hitler and his followers? All Dissenters, Jews, Roma, homosexuals and disabled people would be interned in concentration camps. Churchill might not be considered a hero by everybody but he saved the day.

The dinner at Alyn Williams was superb. Not only was the food special, things I had never tasted before, in small quantities though, compared to big Italian meals, but we felt full at the end, but also the table service was unbelievable. The waiters even cleaned the crumbs from the tablecloth between one course and the other and they explained in detail every single dish to us. The wine was special too, something Austrian, golden colour. It was a great experience I don’t think I am going to repeat as it is too expensive for our income but it was fantastic to have it for once and to celebrate our silver anniversary in such a luscious way.