Life in Tiers 5: Italy and the UK 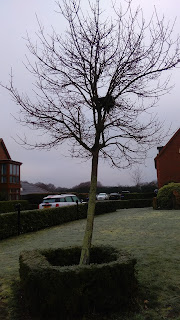 Staying at home in winter can be boring and frustrating. Outside it’s freezing cold and humid, though temperatures are rarely going below zero in the south of England. Most of the time the sky is covered, dull grey and I need the light on inside the whole day to read or write. During the previous lockdown, it was summer time, we could enjoy the garden, have a walk in the sun, sow and reap vegetables. Now exercising outside requires an extra effort and extra layers of clothes with waterproof final cover if it is raining. Our life is locked inside.

In this scenario, Christmas festivities were a busy cheerful interval. I put coloured lights on everywhere in the house, lit up candles when I woke up in the morning and kept the Christmas tree as long as possible, until mid-January, together with the Presepe, an extended nativity that features a village scene with little houses, trees, statuettes of people selling food, worshipping baby Jesus and attending animals. Their twinkling intermittent lights cheered me up and helped me go through the days and weeks of greyness. There are historic and artistic presepi in Italy, the most famous are the Neapolitan ones dating back to the 17th century. In Rome there is an exhibition of 100 presepi in Sala del Bramante in Piazza del Popolo every year but this year it was moved under the colonnade of Piazza San Pietro. I love this Christmas tradition, it is creative and retraces the birth of Christ from an everyday, down-to-earth point of view. There is a famous play by Eduardo De Filippo, Natale in casa Cupiello (Christmas at the Cupiello house), set in Naples where the main character, Don Luca, makes a traditional Presepe in the best Christmas and family spirit, but the dramatic development of the plot eventually reveals cheats and disillusionment inside the family that Don Luca is not aware of until the end. 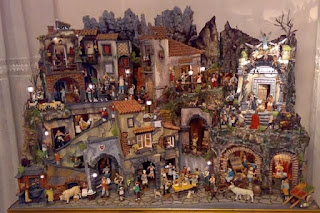 Christmas period was also uncertain because of the constantly changing rules about the restrictions due to the rising of the contagion both in the UK and in Italy. Similar tiers with the same colour range were implemented in the two countries changing from week to week according to the number of people infected. Hospitals were under strain and the number of deaths rose rapidly. A worrying sad reality that forced all of us to stay at home. I was confused at first then totally surrendered to the situation and tried to keep busy in some way. The news of the quick spreading of the new variant of Covid alternated with the governments’ messages of the benefit of vaccination. It is a pendulum that swings from unsettling uncertainties to reassurances. We seem safe and then everything starts again worse than it was last spring. But still the vaccination is progressing and will make us free hopefully. In Italy there is a shortage of vaccine due to the lack of supplies from the EU which is not happening in the UK, the vaccine programme seems to work and more and more people are immunised from Covid every day. According to Margaret Atwood (and to my mum), people have short memory as we don’t remember past pandemics, such as the Spanish flu and TB, and we forgot the hardships people underwent during the war. Things were much worse in the past, there were less cures and little food. The estimated deaths for Spanish flu were fifty millions worldwide and millions of people still die for tuberculosis in poor countries. I feel lucky: I am fairly healthy, have a job and can find whatever I need at the supermarket.

Because of the pandemic, not only lives are at risk, but also social relations and people’s behaviours are necessarily changing, though temporarily, but it might be a ‘temporarily prolonged status’ that would modify rules as it happened after 9/11. As a consequence, there will be more control from the government, therefore less freedom of movement and the unsettling constant feeling that it can happen again. So we need to take preventive measures in advance. 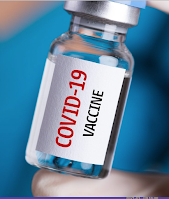 Of course, we need to plan the future too and take care of the most vulnerable, as all the religious leaders pointed out, but in this staying at home, don’t move, don’t be in contact with other bubbles, it seems hard sometimes. I managed to visit some dear elderly ladies before Christmas but now I am in contact with them only by phone. I still attend the Italian mass on Sunday, which is a diversion, almost exciting in these times, where I meet some elderly Italian friends. I try to keep busy at home planning my day, making lists. Besides teaching remotely, which is rewarding and gives me objectives, I decided to tidy up all the stuff that I accumulated in the past two-three years and that I piled up in an unused space in the master bedroom and in a spare room my mother used when she spent her summer holidays with us after my father’s death. There are plastic boxes and cardboard boxes full of wool and cotton balls, fabrics, craft things such as ribbons, buttons, fake flowers, sketch pads, paints, frames, etc.; they were all arranged at random so I decided to organise them in a more logical way. It was tiring but gave me a break from work. In addition, when my daughter Irene came back from Japan before Christmas, she got rid of a lot of clothes, jewellery and other things she used in the past. It was a massive amount of pieces I had to select for charities or decided to keep. Then there is my production I made during the pandemic, handmade things such as bags, jewellery, scarves and crocheted things I made for fairs, which were regularly cancelled. I have to re-organise them for future opportunities. Tidying up is also a way to organise a logical mental space from which you can plan something else and start a new project, a useful way to go through these difficult times.

What bewildered and worried me during this phase was the crisis the Italian government suffered because of the disagreement in the centre-left coalition called Conte bis. They not only have the emergency of the pandemic and the consequent economic crisis, on top of that Matteo Renzi, the leader of Italia Viva started to attack Giuseppe Conte. Renzi disagreed with everything the government decided even when they tried to modify the act regarding the recovery plan. Somebody quoted the famous Cicero’s speech against Catilina, who was accused of a plot agaist the Roman Senate: ‘Quo usque tandem abutere, Catilina, patientia nostra?’ (When, O Catiline, do you mean to cease abusing our patience?). Renzi stepped out of the coalition, which might mean that Italian people need to vote before the summer. According to the prediction polls, the right-wing parties would win. Renzi has less than three per cent and would probably not be part of the next government. Unfortunately, Italian history has a lot of these examples. In the 19th century it was called trasformismo, that is a party, or party leaders, easily changed direction to gain power. Now it is called inciucio (an under-the-table agreement or a flirtation which implies corruption of sorts). In the Xenophobe’s guide to the Italians I received for my Secret Santa at ISL London, there are a series of stereotyped statements that are nevertheless partially true, here are a few: ‘Italy is a country that seems to survive despite the efforts of its politicians to ruin it. […] The Liberals were never particularly liberal, the Socialists not notably socialist, the Communists definitely not communist, and the Christian Democrats neither very Christian nor very democratic.’

Luckily, this is not happening in the UK. Though the Labour party does not agree with what the Conservative government is doing and criticises the delay in implementing strict measures, they have supported the actual government in crucial moments confirming the stability of the country. This is very important in such a difficult period when the NHS is under stress and the economy needs the government’s support. The other disconcerting unbelievable event was the end of Trump’s presidency. I don’t think that everything in the four year of his mandate was completely wrong though I don’t agree with his politics, especially about women, ethnical minorities, immigration and his absurd concept of ‘America first’, but the last two weeks trashed everything he has done and a possible future legacy. Some people commented he was behaving like a lunatic. I wonder if it was planned or if he was out of control. The assault to the Capitol is considered a terrorist attack, five people died and the reputation of American democracy was put at risk. Somebody called the storming of the Capitol ‘a metaphor for the entire four years’. Having lost the presidential election, he seemed to behave like the biblical hero Samson: ‘Let me die with the Philistines!’ But being an undefined outsider he is fighting for himself only leaving ruins and fragments behind him. A lot of people abandoned him but still many are supporting him and his vision of America. Will he run again in four years? Will he be capable of paying all his debts? He is a shifting unpredictable entity, a virus of sorts, the threatening symbol of this uncertain time, a pandemic. 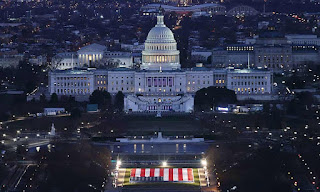 This period has been described as ‘apocalyptic’, which actually means ‘unveiling’ rather than ‘the end of times’, so it can be a way to evolve towards something else not necessarily bad or granted; it is a transition. The vaccine seems to be the road to freedom in spite of the increase in contagion. Both in Italy and in the UK the message of the leaders is to pull together, to re-build solidarity. Though it seems to get worse before getting better as the borders are shut and the isolation is prolonged week after week, after these months of hibernation we hope to awake more lively than ever in spring.