Life in Tiers 5: Being creative

In my everyday life during the second lockdown, getting dressed in the morning is important. I wear loose comfortable clothes  but choose nice tops, sparkling tops during Christmas time and matching earrings. I always wear lipstick, also at home and sometimes make-up and nail polish too, new shades I found at the pharmacy. I do not wear shoes or slippers, only thick socks most of the time as we have a cosy underfloor heating system that is on day and night.

What I am trying to do is looking forward. For example, I start new projects: a crocheted dress for my granddaughter Violetta, an alternative recipe or a fresh drawing technique. This gives me the sense that 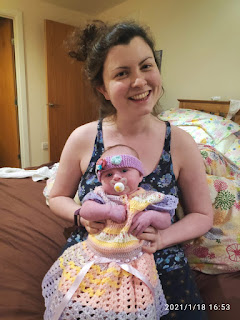 life keeps going in spite of the forced stillness. I feel I am moving though in limited areas, producing something that might not be perfect, but who cares? I can have another go or try different things, explore different angles, adjust and rework it. In this spirit I made several drawings on winter scenes from photos friends post on Facebook. I mainly used ink, felt pens and watercolours creating mixed media pieces. They are simple drawings that do not mean to be masterpieces or finished pictures but I enjoyed working on them, feeling the season’s mood. I also worked on short prose pieces and wrote new stories, mainly flash fiction but also several poems in response to prompts from workshops and from interesting poems I found is magazines such as Acumen, Poetry Review and Ambit. My creativity was in full swing at a certain point and I managed to produce much more than what I had planned at the beginning. Here are some examples of my work:

On the docks of Naples

about a hundred years ago, she lists in her mind

the ships where her boys, Rosario and Vincenzo, embarked on

in the last three years: The Eagle, Discovery, Rex and Vulcania.

They work as engineers and the news they have sent so far are good.

But the last letter dates back to a year ago and she has no news since then.

She approaches the Marine officer and shows him the letter.

The man has a citron in his hand,

a big ripe one with thick rind.

He is slicing it with a sharp pen knife and gives her a slice.

It is sweet, the rind tastes like bread, limoni di pane.

He unfolds the letter, reads it once, twice,

points his big index finger to the name of the ship.

His eyes are bigger than the bottom of a pit.

The Vulcania is in quarantine, he says,

three thirds of the crew have died of Spanish flu, the rest are sick.

It attacks the lungs, your face becomes blue,

hair and teeth fall out and nose and ears bleed.

He offers her another slice of lemon,

it is as viscid as blood

death is something you can taste.

I never sleep with my dress on, I wear cosy pyjama sets, according to the different seasons, short sleeved, long sleeved, cotton night gowns in summer. Some have sayings such as ‘Life is better in pyjamas’, ‘I really need a day between Saturday and Sunday’, ‘I went to bed like this’. My teeth are uneven but healthy, the molars have metal crowns. I rarely have dinner outside the home. I usually prepare my food, avoid sugar and salt if possible because of my diabetes 2 and high blood pressure conditions. Though I take some guilty pleasures from time to time indulging in a tiny piece of cake, a square of dark chocolate or a marshmallow cube. I have a job, I teach at an international school and commute to London three days a week. It’s tiring but money can be useful. Though I won’t bet my life on it or die for it. I need to be careful and check my stress levels at the end of the week, balance my efforts and commitment not to feel overwhelmed by efficiency. The road can be crooked and steep, I need to ease it down. I am gaining weight, it might be the after menopause-effect, the lockdown situation, or both. The moon hasn’t a face for me, though I feel it’s mesmerising when it’s full and the sky is clear, white on black, primordial, prompting howling. I have never won awards for my writings, though I submit my work to competitions regularly. Long long ago I lived in Rome, Italy. It was good but disappointing. The space was tight for women, reduced to mother, mother, wife, housewife, daytime unrewarding jobs, cooking. My grandmothers, Orsola and Conforta, married, had children, worked hard all their lives. Their husbands’ names were Francesco and Napoleone. They had happy marriages of sorts, in their own way. They never split or lived apart, they carried on together until the end, until one of them died, the man. I am here, to tell the truth, entertaining myself as much as I can with my writing, baking, knitting and crocheting; embroidering poems, imagining realities.

What I can’t is breathe.

Stop breathing and end because I can’t breathe. 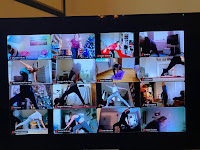 We meet at weekends in the park or on zoom since the gyms are closed. A small bunch of five-ten ladies when we are outside, a few occasional men, more numerous on the online sessions. The instructor is passionate about us, she supervises every movement, corrects our postures and suggests alternatives to the most difficult ones. We enjoy the time out when the weather is fine, the thick branches of the oak trees swinging in the wind, the clouds gathering in grey menacing clusters and then scattering in white fluffy bits above our heads. We rotate our bodies, twist, swing legs and arms, one leg in high peeing dog pose and hold, hold our postures, exercise abs and sun salutations. We sit as if peeing on a dirty toilet, hula hoop sassy hips and kneel as if proposing marriage. Our legs point straight or are soft when standing; we take life with ease and mean to go through it, ageing but still active not bothering about bulging bits, varicose veins, big bums and flabby arms. We are stags, dancers and warriors, open our arms wide in goddess position. Together, bright and shining in the summer weather.

Taking part in the Imaginarium workshops organised by Sarah Hymas (http://sarahhymas.net/facilitator/imaginarium/) in January and February was a big boost in planning my creative writing work. It allowed me to share my work with the tutor, develop a new project, imagining new ideas and meeting other fellow writers. I could improve my pieces and plan new ones.

I miss visiting museums, especially the V&A and the Lightbox in Woking where I also volunteer. Only supermarkets are allowed and there isn’t much to browse at Sainsbury’s and Morrisons’s. When I am desperate I visit Poundland and Wilko and invent things I might need to buy. Longacres is a good place to go too, it is open as they sell plants but also food, clothes, books, toys and craft. Or I can shop online, but it is not the same. I like to go out, see and touch things before buying. I like to have contacts and socialise, even at a distance and wearing a mask. One of my best buys was the De Longhi coffee machine. Now I can make my cappuccino every morning, though I am trying to follow a diet, more a yo-yo diet actually that does not seem to bring any real loss of weight. Some people’s new year’s resolution is to give up alcohol in January, my resolution is to give up sweets but we still have so many Italian delicatessen that it is hard. I lose half a kilo one day then eat a biscuit or a square of chocolate and gain a kilo the next. 😕

In the evening we watch TV, mainly detective stories on BBC, ITV and Italian channels. There is a channel on Italian TV, Top Crime, that broadcasts Agatha Christie’s Poirot and Miss Marple as well as Columbo. On Friday nights we also watch Popaganda Live, hosted by Diego Bianchi on La7 with 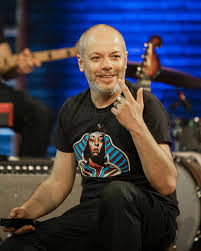 Marco Damilano, Francesca Schianchi, Paolo Celata and Zero Calcare. The program is based on politics with a left wing angle and comment on what politicians and people in general post on social networks. They rework or modify video clips with hilarious results. For example, Diego Bianchi used the music of ‘Salamini’ by the Italian playwright, actor and comedian Ettore Petrolini, (Rome, 1886-1936), famous for his caricature sketches, to imitate the Italian Prime Minister’s way of walking, here is the link to the video: https://www.la7.it/propagandalive/video/diego-bianchi-e-la-camminata-di-giuseppe-conte-a-propaganda-live-20-09-2019-283167

This triggered my interest in Petrolini. I found that he played revolutionary and anticonformist characters using jokes and double entendres as well as light-hearted nonsense satirising famous people or stereotypes, as Propaganda Live does. He was the son of a blacksmith, self-taught and started his career at age 15, in cafés, dance halls, and barns. His texts and performances inspired many Italian actors, such as Totò, Nino Manfredi, Gigi Proietti, Alberto Sordi and Carlo Verdone. He became very famous by 1900 and worked in South America too, attaining great fame. 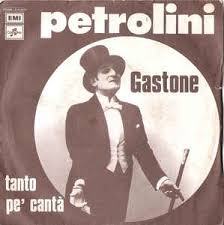 Some of his most famous characters are Gastone, a histrionic snob, the emperor Nero, a parody of Mussolini, and Fortunello, based on the comic character Happy Hooligan (1899); he is considered a Dadaist character moving like a puppet or robot and speaking nonsense.

From 1903 his wife Ines Colapietro performed with him as a singer and they formed a duo. Coming back to Italy in 1910, he worked at Teatro Jovinelli and with Futurists too. He apparently sympathised with Fascism but in his sketches satirised it at the same time. He died aged 52 in Rome.

Here are some interesting links to his work:

Propaganda Live also comments harshly about Renzi’s shocking behaviour that triggered the crisis of the Italian government. They showed an interview Renzi had with the BBC in 2016 about Brexit and played around with his comments in English, his reaction (shock) and pronunciation of the word ‘because’. ‘Shock because’ became a mantra they repeated in a song and also showed a hilarious video where they took all of the silent moments from the interview. Here are the links:

Renzi’s interview with the BBC https://www.youtube.com/watch?v=p3qBlHqWgtY

I’d like to go to Canada again in the summer. The Times supplements featured a Trailfinder, ‘Visiting Canada’, which made me long to visit the country of Margaret Atwood. I would like to see more and
meet my Canadian friends again. I have two conferences in Canada in June, which were postponed last year, but they will be done remotely so I don’t need to leave England. I wonder if it will be possible to travel in the summer at all, to plan a holiday without the risk of being stuck in another country indefinitely, as it is happening now with tourists who went to South America. In spite of the vaccination program and the assurances that by the summer most people will be vaccinated, it seems hard to believe that we will be free to go anywhere we like. Planning doesn’t seem like the right word, maybe exploring possibilities, developing hypothesis or envisaging alternatives. Or simply wait and see what happens and decide at the last minute. Maybe just stay at home.
Posted by http://carlascarano.blogspot.co.uk/ at 09:34