Here is an article I wrote for my blog in 2009. I moved to the North West of England, Lancaster, from Rome in 2007 and was intrigued by the differences between Italy and the UK. It is interesting to see what were my thoughts at the time and how I got used to the British way in the meantime. Things that seemed unusual ten years ago now are my normal. Navigating between two cultures is enriching, it allows different viewpoints and prompts creativity. 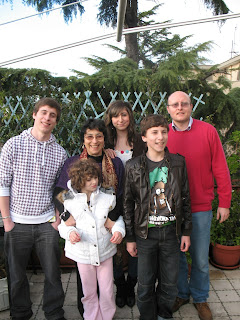 When I enrolled in a Creative writing course for the first time in Lancaster I had to fill in a form about my ethnic origin. I knew it was only for the sake of statistics but it puzzled me. Which box should I tick? I am not white British. I am not white Irish, that’s for sure. Everybody knows in Italy we are all quite mixed. Our country is in the middle of the Mediterranean; people came from everywhere in the past. We haven’t got such forms because we wouldn’t know what to put in them. Italic origin crossed with Arabian, a sprinkle of Normans and Ostrogoths? I don’t know what is in my blood. I stop on the ‘white and black’ box, then go down to the end of the list. ‘Other white’ or ‘white European’ is the box they expect me to tick. I do, and cheekily add ‘Italian’ when there’s enough space.

Coming to England I was pleased to see so many different Christian churches. Finally democracy. In Italy we are monopolized by the Roman Catholic religion. Nothing wrong with that, but I love diversity. I also noticed that some Christians wear a cross, a little golden cross around their necks, especially women. I don’t. Maybe because in Italy it became trendy to wear crosses. Not the traditional ones. But slanting or crooked crosses hanging from a black leather string or a red silk ribbon. It’s hard to imagine Jesus hanging from them.

Weird thing history. In Italy from Primary school we were taught that the Romans were brave, disciplined, honourable chaps. What a shock to find out they were ruthless as well. I thought it was the Barbarians with their long blond braids and horned helmets, who destroyed, ravaged and raped. But the Romans had a penchant for hanging people to crosses, just to prove who was the boss. Such dreadful torture. Once my eldest son, blond haired and blue eyed, came back home from his Italian primary school after a history lesson and told me, “Mum, I am a Barbarian!” 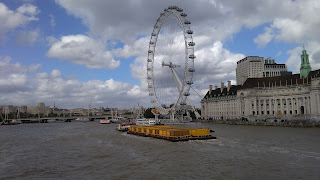 I went to London this Easter. How exciting to see again all the sites I visited when I was a teenager. Strolling in parks, stopping in front of the famous paintings of Paolo Uccello’s Battle and Piero della Francesca’s Baptism of Jesus reminded me of a time when I didn’t have a husband and four children. Our Bed & Breakfast was in a big white house near Notting Hill kept by a Polish landlady. All the staff were Polish. At fast food counters and in restaurants I ordered in English to South American, Russian, Ukrainian and Romanian waitresses. At metro stations the clerks were mainly from Middle East or North Africa. Indians or Arabians were shop assistants. Some Black Caribbean here and there. Tourists like us were mainly Italian and Spanish. A few French and German, though. I couldn’t find any English people. Had they all flown abroad leaving their capital city to foreigners?

I adore my family. I cook, clean and iron for them. I keep the house tidy. I have great time with them when we are all together. We play a card game, watch a film or I force them into an art gallery or bid them recite ‘I’ll stick to my Mum forever’. When I go back to Italy I have a lovely time. Grandparents wait for us with open arms, prepare their best ravioli and home-made pasta and take us to pizzerias, too. They realise England didn’t spoil us in spite of bad food and bad weather. How much better in Italy where the sun always shines, nobody cares, everything is easier. What if I have a different opinion? I’d be shot. 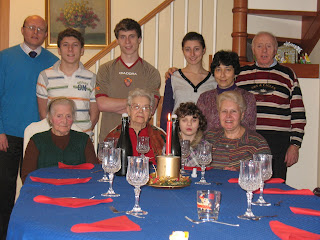 They say Italian people are creative. Of course we are. We know how to manage on our own and invent new ways of doing things. How are you supposed to survive in a country where you never know who is in charge and what the procedures are? You need to invent them and you are supposed to be your own boss, because rules are only slight suggestions. Everybody can change them at any time or interpret them differently. Ambiguity is our strength.

On the ‘Palazzo della Civiltà del Lavoro’ in Rome, a building dedicated to civilization and work built in the Fascist period, Benito Mussolini, our Fascist dictator from 1922 to the war, wanted an inscription. It says that we are a population of poets, heroes, artists, saints, and navigators. Just think of Dante, Garibaldi, Leonardo da Vinci or Michelangelo, Saint Francis of Assisi, Marco Polo and Christopher Columbus. I have recently been at a self-help meeting of the Autistic Society. The speaker gave us a lot of information about typical autistic behaviours that cause a lot of problems to parents and carers. And I know because I have an autistic daughter and some of what he said is also my experience. He said that an autistic person cannot understand the concept of queuing. I couldn’t help having a sudden, vivid image of a group of impatient Italians fighting and jostling at a crowded bus stop, or pushing and swearing at a busy Post Office counter. Should Mussolini have added ‘autistic’ to his list? 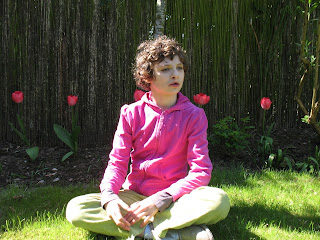 I love England, I always did. A detached, independent house from the rest of Europe. At the right distance to get involved or let go. With a spacious back garden on the East and West and a fence in the North. And guess what? Yes, I’m buying a house here. And I don’t dislike Italy, so varied, warm, full of past culture and beautiful people. The ideal place for a holiday.