Thinking about the Queen 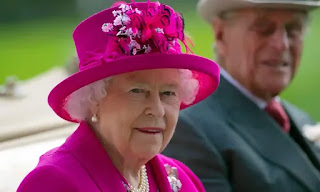 I was so sad when I realised that the Queen was dead; I couldn’t believe it. It happened only two days after she had appointed Liz Truss prime minister, and the whole thing seemed unreal. I was attending a social event when I heard the news, and I felt I couldn’t follow what was happening and would have to leave. Eventually, I felt able to stay, so I carried on but I didn’t feel fully engaged. Deep within myself, I felt we had lost someone so important that there was no way to go back or to replace her. Her son Charles will be different and we’ll miss her. 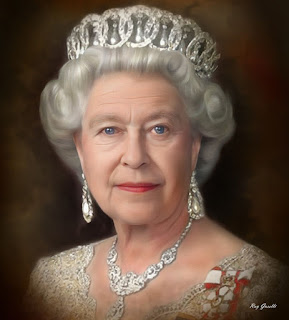 She accomplished her promise to dedicate her life to the service of the nation and to her people, a romantic and old-fashioned vow, perhaps, but she modestly kept it until the end. This conveyed confidence and stability to the country and helped the monarchy gain popularity. She once said that ‘the Crown is an idea not a person’, which confirms her sense of realism and loyalty. I admired her for her determination and her capacity to navigate her seemingly easy life with joy and a sense of duty, which made her look as if she had been born to be a queen. She clearly enjoyed her role and was happy both in her childhood and in her adult life. The evident happiness of her marriage to Philip Mountbatten comes across in the family photos. She is shown with a beaming smile when she looks at him, and indeed she followed him in his missions, which shows how much she loved him. They had four children, not just for the purpose of providing heirs to the House of Windsor but for the pleasure of having a large family. She could not be with her children all the time due to Crown-related commitments, but it was clear that she loved them and cared deeply about her family. 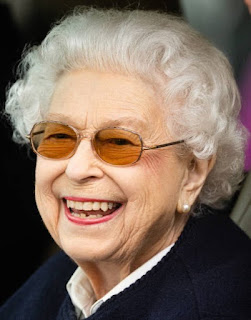 Sometimes I thought she could carry on until she was 100 or more, an immortality of sorts that would give us more time to think about a possible death. But it happened so suddenly when we still needed her, and it seemed so unexpected. She was always present, like a good mother and then grandmother is, in an unpretentious way, without being loud or judgemental. She knew her place and her duty, realising that continuity and balance are crucial to personal and national well-being. Her image was not a glamorous one, but she was good-looking until old age, wearing bright, all-one-colour outfits that stood out against the grey British weather.

Many people have spoken about her dedication, selflessness and work ethic, which are all true, but I think she really enjoyed what she was doing and believed in it. When Philip Larkin wrote the lines ‘when nothing stood/But worsened or grew strange … She did not change’ for her Silver Jubilee, I don’t think he was completely right. In my opinion, her strength was her capacity to be steady but also to adapt to the different situations that arose, or at least in part. Examples of her flexible attitude are the way she dealt with the divorces of her children, even though she had a 73-year marriage with Prince Philip, and the turbulences and scandals she had to face from within the royal family, ranging from those relating to Diana and, recently, to Prince Andrew, to Harry and Meghan’s exit from the UK and the reshaping of the Commonwealth. 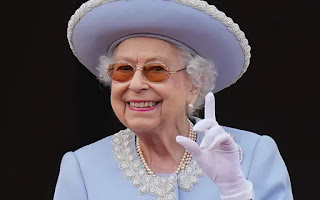 I especially liked her sense of humour, which is displayed in her short performance for the Olympics in 2012, when she was in a scene with James Bond, and her famous appearance with Paddington Bear for the Platinum Jubilee. Here are the links:

The video clips are not just entertaining; they also reveal an easy-going and positive approach to life. This is a characteristic she also expressed in the coronavirus-related address to the nation in 2020 when she said ‘We’ll meet again’, echoing Vera Lynn’s wartime song. It was a hopeful message that recalled the difficult times of the Second World War that she experienced with her people, as always.

The obituaries, articles and BBC programmes and the celebrations in the UK and around the world that are dedicated to her life and death are all so moving and sincere that they inspire deep respect and admiration. We are already thinking about the new king, Charles III, and about the kings to come. But we will always remember her. 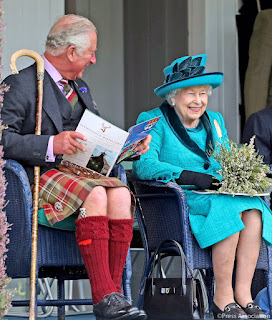 The Saturday after her death, I went to London and tried to reach the Queen Victoria Memorial, along with thousands of other people flooding towards Buckingham Palace holding bunches of flowers. But The Strand was blocked and there was no way to access the square. The crowd was diverted towards Green Park, where there was a tree surrounded by flowers, candles and cards. I left my sunflowers and red rose there, and I am sure that, somehow, she will receive my message to her.