A new phase of my life

Last year I commuted from Lancaster to Woking for my new job at an international school. It’s a fulfilling and rewarding job I thoroughly enjoy. What I do exactly is teach Italian Language and Literature following the IB (international Baccalaureate) programme for middle years and for diploma, which is for high school years (year 7-13 in British schools). 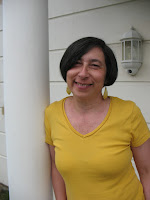 We don’t have a specific book to follow so we prepare our own curriculum, structure our own units and find and adapt resources for the lessons. It’s a very targeted programme, tailored to the students and aiming to train them for the final years studying the diploma programme, when they will be assessed externally on a specific curriculum. It’s challenging and always new, two aspects I love.
This year I am also the subject leader for Language and Literature, that is I support the other language and literature teachers in the school (being an international school there are about fifteen of us from different languages and cultures) and share the resources I prepare with them.
This is definitely a big change in my life, my career has soared compared to what I used to do in Lancashire (a few hours of Italian tutoring in adult education and DP). This is a proper job, highly satisfying both from an intellectual and a financial point of view (which is not to be overlooked as two of my children are at university). The reason why I could achieve all this is because my family supported me (above all my husband), especially in taking care of my autistic daughter Valentina when I was away (that was for three days a week).
Unfortunately Valentina’s behaviour has been deteriorating more and more in the last three years. She had had similar problems at school and respite care before, but until three years ago we could still cope with her at home (it has always been hard with her but the situation was still manageable at the time). Three years ago we had a holiday in Northumberland, there were six of us plus my parents. It was a beautiful holiday, we visited part of Yorkshire as well, Alnwick castle, Fountain Abbey, York, Durham and the Hadrian wall (I wrote a summer journal as usual, you can find it under Summer 2012 in this blog) but Valentina was very unsettled. She was aggressive with my parents, couldn’t bear the moving from one place to another or travelling in general. She made several attempts to damage things (e.g. ripping the car upholstery, which she did eventually manage on another occasion a few weeks later) and we could barely prevent it. I reported everything to her social worker and asked if it was possible to have Vale at respite care for a week in August so we could have a week holiday in the future. This never happened and we stopped having holidays as it was too dangerous with her. We took holidays in turns, but it’s not the same thing. I haven’t got a week or even a weekend off with my husband in a long time because we always take turns looking after Valentina. 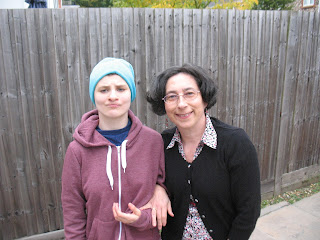 From 2012 on her behaviour kept deteriorating both at school, at respite care and at home. In 2012 she was excluded from a school and a few respite care centres for one reason or the other. We went a long time without respite care, which added to the stress. We spent more and more time at home with her as it was too dangerous and unmanageable to plan any outings; the rare occasions we did, it always ended with some incident or more stress.
We asked for more help again but nothing definite was provided. Specialized day school and, when possible, respite care (one night per week and a weekend every seven weeks) was all they could do. We asked for a residential placement and thought this was the best option for her because we couldn’t manage with her aggressive behaviour anymore and in the future it would get worse and worse, as she would get stronger and we would get older and weaker. Nothing happened.
In the meantime she was assessed by CAMHS and they said she had no mental problems only sensory problems so no medication was added to what she already took. Her behaviour deteriorated further, at school she had incident after incident, attacking staff and pupils, serious self-harming and ripping clothes. They locked her in a room in her worse moments (we gave permission for it as we saw there wasn’t another way). At home she had a similar behaviour and I didn’t know what to do being alone with her most of the time. She did a lot of damages to the house and hit herself repeatedly. She had bruises all over her body even on her face as she aggressively punched herself.
Everything became impossible with her. We carried on in a constant emergency balance, hoping that nothing serious or irreversible would happen. Last year in Lancashire we asked for a residential placement again as I was away three days a week. After several months they finally said they couldn’t do it and gave her two respite care nights per week. We barely survived and Valentina had very bad moments. The school asked for emergency meetings and for more meds, but the people responsible for it had no solution.
We miraculously managed to end the year and move to Surrey. Here the assessment was quick and efficient. They gave us 52 weeks residential school and placed her in a temporary five days a week respite care, which gives us time and energy to work during the week. In the meantime they are looking for the residential placement. It is heaven compared to what we had in Lancashire (and it was heaven in Lancashire compared to what we had gone through in Italy, see my blog Living with Valentina). 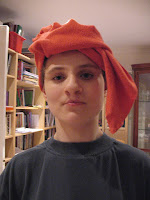 This year having five days a week without Valentina changed my life completely. Finally I can dedicate time to my career and I am planning to widen my horizons. Also all my other children are away: my eldest one graduated in July and now lives and works in Leeds, my second studies at Edinburgh University, my third one has just started Physics at Oxford University. My job as a full time mum has ended; I am going to have much more time for myself, which is definitely a new phase of my life. This hasn’t happened since I got married and had my first child twenty-three years ago.


My plans are simple; dedicate time and energy to the job I like and carry on with writing and painting. Researching, preparing and delivering lessons is something I am fond of and I am lucky I can also earn my living from it. I believe that I am going to enjoy it to the fullest and am looking forward to more opportunities and changes, who knows what the future holds in store for me.
Posted by http://carlascarano.blogspot.co.uk/ at 09:35