The Eurovision Song Contest intrigues me every year, I never miss the final, which is tomorrow night. The show tends to be a bit tacky and cheesy at times, with singers wearing eccentric outfits sometimes inspired by their country’s tradition and folklore, or interpreting the song with exaggerated bright colours and the addition of  plastic implements, or else with huge romantic gowns spreading across the whole stage. 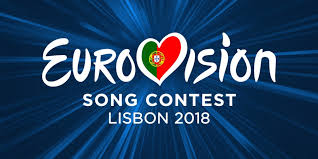 I liked last year’s winning song, Salvador Sobra’s ‘Amar Pelos Dois’, its romantic tune and sweet lyrics, his downplayed performance and ordinary look. It was a surprising and well deserved victory. I was supporting the Italian song, of course, Francesco Gabbani’s ‘Occidentalis Karma’, which I reviewed here http://carlascarano.blogspot.co.uk/2017/05/eurovision-contest-occidentalis-karma.html
An unusual song as well, but less reassuring than the Portuguese one.

This year I am supporting Italy again, and rightly so. The singer-songwriter Fabrizio Moro is an award winning singer, he won the Newcomer’s Section of the Sanremo Music Festival in 2007 with the song ‘Pensa’ (think), a successful rap-inspired piece. It is a song against violence (‘think before shooting’, the lyrics say, the video clip is here: https://www.youtube.com/watch?v=PaSU8hrgPYQ ) and organized crime, which means Mafia in Italy. This year Moro and Ermal Meta won the Sanremo Music Festival with the song ‘Non mi avete fatto niente’ (you did nothing to me) and they will represent Italy at the Eurovision Song Contest in Lisbon with this song. 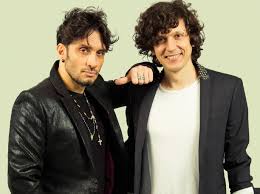 I am very excited because this time Italy really deserves to win. This is not the usual song about love or having fun; on the contrary, it is a very serious one about war and its consequences and backlashes, that is terrorism, emigration and poverty.

The rhythm reminds rap once more, with clear wording and a catchy tune. The title, ‘You did nothing to me,’ is an ironic and tough reply to the devastating effects of violent deaths caused by terrorism and war. The lyrics are deeply significant and moving at the same time. For me the most striking line is: ‘non esiste bomba pacifista’ (a peaceful bomb doesn’t exist); it is a stark statement that reveals our equivocal and unfortunately unsolved way of dealing with the concept of World Peace.
Here is the video clip with English subtitles: https://www.youtube.com/watch?v=QjP40R7THUw
And may the best song win! 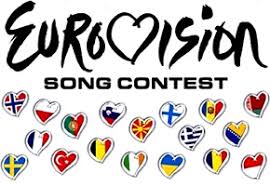