I baked, cooked and experimented recipes extensively during the lockdown. It was a way to keep me busy and cheer me up making and eating good food. I mainly made new cakes, pastiera for Easter, bread, pizza but also jams. I prepared more elaborated meals with lasagne, gnocchi, pasta amatriciana and puttanesca. I have good neighbours with whom I exchanged recipes and cakes, leaving our things on the front door. I had a go at the Royal Easter biscuits as well, a fantastic recipe, but could not make them as beautiful as in the official pictures, here is the link: https://www.royal.uk/royal-easter-biscuits-recipe 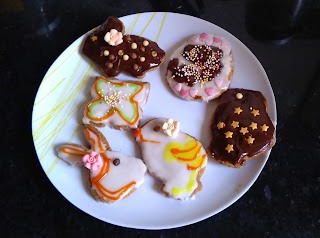 Mix all the ingredient and knead the dough. Let it rest in a warm place for 2-3 hours covered with a wet tea towel. Knead it again and form small breads, then place them in a greased oven tray and bake at 200°C for half an hour.

You need: 200 g of plain flour (or self-raising flour if you wish to have a softer result), 150 g of wholemeal flour or other alternative flours (such as rice flour, buckwheat flour, hazelnut flour, or spelt flour), 200 ml of lukewarm water, two tbsp. of extra virgin olive oil, salt, one egg to brush the top.

Mix all the ingredients and knead the dough. Let it rest for one hour then prepare sort of round pancakes. Set them on a greased oven tray and make some holes on the top with a fork. Brush the top with a beaten egg and bake at 180°C for half an hour. For a sweet version add 100 of Demerara sugar instead of salt. 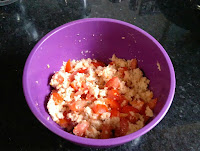 This is a simple and tasty recipe from Tuscany. It was also called ‘pan lavato’ (washed bread) as the main ingredient is stale bread soaked in water.  Originally it was the peasants’ lunch or poor people’s food made with bread and the vegetables they had in their garden, such as tomatoes, onions, cucumbers and basil. They also added salt, oil and vinegar.

To make panzanella you need to soak some bread in water, better if stale bread, and crumble it. Add the vegetables cut in small pieces, extra virgin olive oil, some drops of vinegar and salt. Mix and chill it for one hour before serving.

I had some left over of marmalade juice from the marmalade I made in winter, so I decided to use it. But you can use whatever syrup you have and like.

Mix all the ingredients and knead the dough. Let it rest for half an hour then roll it out. Cut the biscuits with a biscuit cutter (I used a sakura shaped cutter, that is, cherry blossom, I bought in Japan). Bake the biscuits on a greased tray at 180°C for half an hour.

You need: 150 g of rice flour, 150 g of sponge flour, three eggs, 100 g of golden granulated sugar, 3 tbsp. of canola oil or sunflower oil, 150 ml of marmalade juice (or another syrup), two tsp of baking powder, one tsp of bicarbonate of soda. 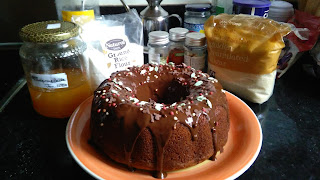 Beat the yolk of the eggs with the sugar, add oil and flours together with the baking powder and bicarbonate of soda. Whip the whites stiff and add them to the mixture. Pour the mixture in a greased cake tin and bake at 180°C for half an hour or forty-five minutes. Decorate it with melted dark chocolate and sprinkles.

I found rhubarb at the greengrocer’s and couldn’t resist trying to make jam. I added ginger as I think the two flavours match well.

Grind the lemon zest with the sugar in a blender. Add all the other ingredients and set the mixture over a medium heat in a pan. Bring to boil and cook it until the rhubarb is soft. Store in clean jars. 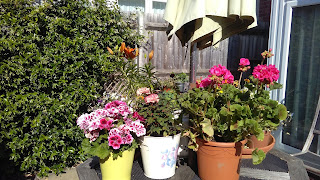