Negotiating with my body: a fabulous yoga retreat 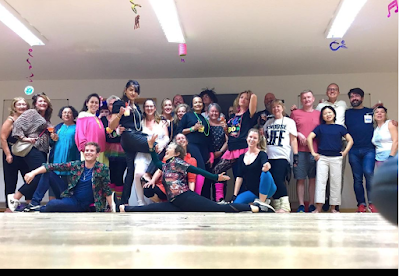 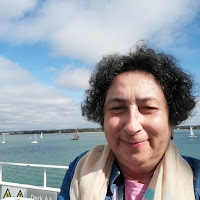 During the summer, I had a few health issues. My blood pressure increased so I had to contact the GP several times to adjust my medication. The tablets I used to take weren’t enough and gave me side effects such as ankle swelling, dizziness, heartburns and bruises on arms and legs.  The other strange thing was that the blood pressure went up and down, sometimes too low other times too high. So, I decided to spread the four tablets during the day and split one of them in two. Now my situation has normalised though I realised I must slow down a bit or organise my life according to my body’s needs. I have short breaks during the day alternating rest to physical activities, such as cycling, swimming and yoga routines. I also regularly attend yoga classes once a week, go swimming and go to the gym. I have just taken part in a yoga retreat in the Isle of Wight with my yoga group, a fabulous experience I will talk about below in detail. 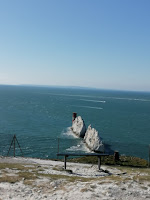 Now I am aware that I cannot walk more than one hour, or my knee joints start to ache. After some exercise and a balanced meal, which usually includes vegetables, brown bread, egg or cheese as well as fruit, I feel better. Having the loo on hand is also useful as the high blood pressure tablets are diuretic. If I follow this routine I can concentrate better on my work and enjoy the day. I gained weight during the lockdown but I have managed to lose two kilos recently, though it is hard to keep it off as I bake a lot and like tasting my homemade cakes and cookies. In my dreams I am slimmer but when I look in the mirror in the morning I go back to reality and I’m aware that there is no going back. But ageing is not so bad. Though my body is not as efficient as it was before, I have more experience and I understand things that I didn’t use to notice in the past. I wear loose outfits that look nice and alternate neutral colours to brighter ones. As Donatella Versace (aged 66) remarks, growing old is growing up. I have recently read in The Times that the average woman in the UK is 5ft 3in and wears size 14-16. So, there is nothing to worry about, I’m in the average and I can wear everything I like. 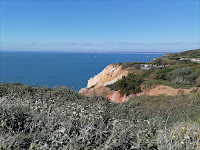 The yoga retreat was a real ‘treat’. Somebody named it ‘yoga party’, and it was. We had two yoga sessions a day, but we mainly enjoyed spending time together exploring the Isle of Wight, socialising, cooking, chatting, eating and drinking. We had a game night and a disco night with 1980s music plus cocktails, Möet & Chandon was my favourite but I also tasted piña colada and Campari Spritz. Then I decided to stop drinking or I would have collapsed. We had two BBQ nights organised by super Maggie, our official cook and step-grandmother who also brought delicious homemade lemon drizzle, banana cake and carrot cake. It was amazing. Our yoga instructor, Shena Grigor, was professional and funny. She proposed a range of different postures from challenging binding positions, headstands and acroyoga to soft routines and meditation poses. It was engaging and great fun at the same time. She asked me to read a poem at the end of the sessions when we usually have five minutes of relaxation. I had some poetry magazines with me as I like to read new poetry and chose a few poems. Here is an example from Acumen 101:

If the universe had not be born of love,

an unimaginable explosion of energy and light –

If the Milky Way and the dust of dying stars

did not scatter in space, reincarnated in love –

If the sun and moon did not send their rays to earth,

awakening us to worlds beyond our imagination –

If our atmosphere did not protect us from radiation

and space debris, gifting us with the gods of weather –

If our planet did not resolve round its axis,

inner and outer cores locked in embrace like lovers –

If day and night did not daily renew their vows,

blessing us with warm days and wild nights –

If water did not enthral us with the miracle

of creation, the birth of life and evolution –

If plants did not produce oxygen for no reason

except the inalienable joy of breathing in carbon –

If every species did not have a purpose for being

here, their survival worthy of celebration –

If greed and ignorance, pride and power

stand in the path of enlightenment and compassion –

we will cease to exist.

The weather was gorgeous, sort of Mediterranean climate, blue sky, warm sun and starry nights. I visited the Needles, chalk rocks not far from the coast with an old and new Battery which were used during the first and second world wars, and the site was still in use until the 1950s. I also visited Newport and bought presents for my family. It was a special time I mainly spent with my yoga friends and I hope to repeat the experience next year. 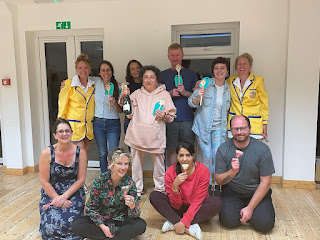 Some national and international events haunted me in the past weeks. Sarah Everard’s murder and the report that has followed were shocking. The way Wayne Couzens planned and executed her abduction, rape and murder and how he disposed of her body are appalling. The police reconstructed his movements in detail using CCTV cameras and tracking his mobile phone number. It must have been a long and painful investigation that eventually made the events of the crime clear. I wonder if this kind of investigations could be done for all the cases of rape and murder as it often happens, for example, to Indigenous women in America and in Canada and to Mexican girls. Besides, there seems to be no end to the killings as 79 women have been killed since Sarah Everard’s murder (see The Sunday Times’ article: https://www.thetimes.co.uk/article/the-79-women-killed-since-sarah-everards-murder-6ns2bft6v ). 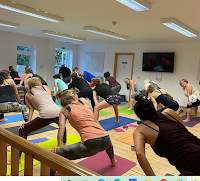 The other dramatic event was the withdrawal of the US and European troops from Afghanistan after they occupied the country for nearly twenty years. The evacuation was sudden and chaotic leaving thousands of desperate citizens at the mercy of the Taliban who quickly regained control. The Afghan Army trained by the Americans melted away in a few days, which was maybe unexpected but predictable. I wonder why they didn’t organise the evacuation of people before the withdrawal of the troops. Now the Taliban are in power and women will pay the highest price. Apparently, most of the population don’t accept concepts such as democracy and the western way of life and consequently support the Taliban. On the other hand, they probably expect humanitarian aid from western rich countries who need to find a way to deal with the Taliban at the end of the day. 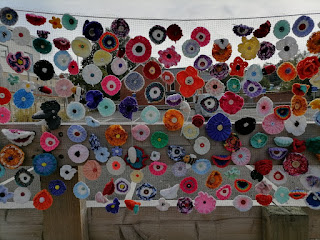 The extreme weather worried me too. We had a colder summer in the UK compared to the past few years with less sunny days and lower temperatures especially in August, when at a certain point it seemed that summer was over. Drizzle alternated to downpours and the language to describe the weather was slightly threatening, such as heatbomb, thundersnow, the Beast from the East, queltring (humid weather) or clunch (muggy weather). The Met Office issued an amber extreme heat warning in July but then there were floods in Germany and northern Italy in August. What can we wear during a heat wave and then how to change dramatically when the weather turns back to thundery showers and ‘gentle breeze’? – which is a kind way to name easterly winds. Sunny intervals and light clouds were the best we could hope for most of the summer. Then September arrived with surprisingly warm, windless days, a relief before autumn officially entered in the calendar with chilly starts and wet days. People who had holidays in the UK not only experienced this extreme weather conditions but also realised there was an increase in prices. We did too when we visited our sons in the north and booked the hotel rooms, the prices had almost doubled compared to one or two years ago. Nevertheless, my flowers bloomed, I had plenty of courgettes, herbs and even two sweet corns, and enjoyed time with my family throughout the summer.