A doctor in the house

How to survive with a doctor in the family
My dad has been a doctor all his life, and still is, though he retired ten years ago.  We were lucky to have him at hand for whatever we needed from an ordinary stomach ache to measles, kidney infections or heart attacks.  There were plenty of tablets, syrups, bandages, plasters and creams at home so we did not need to queue at the pharmacy.  On the other hand, when one member of the family was ill he was the only doctor we could refer to and whatever he said was gospel.  There was no appeal.
My father had his way of seeing illnesses, as most doctors have, which changed slightly over the years. 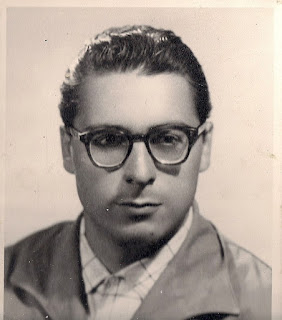 “Are you sick? All right, let’s see how it goes,” he used to say.  “Let’s wait a few days, it could be nothing, or it could be a virus.  If it isn’t a virus I’ll give you antibiotics.  Other medications are useless; they only damage your stomach and fill the pockets of Pharmaceutical Companies.  Have some water and sugar in the meantime.”
After a few days he saw clear improvements so medications were definitely banned.  At this point we had two options: recover quickly or die.  We have always chosen the first one.
When he was older and had grandchildren he became a bit more worried about us all, and uncertain in his diagnoses.  He sounded relieved when the paediatrician or another doctor prescribed us some medication.  When my children had a high temperature he used to listen to their chests for long minutes and say with an anxious tone: “I can’t hear well, take them to the paediatrician.”
Now he is having more frequent checkups himself, aware that his old body might choose the second option if he doesn’t take care of it properly.
When I was a child I spent days at home with high temperatures due to measles, mumps, whooping cough (there were no vaccinations for them at the time) or just flu, waiting for it to pass.  I played with a big plastic doll and drew with wax pastels in my parents' huge bedroom, where my bed was.  It was a break from school and routine.  I felt purified and fortified when it came to an end.
At a certain point of my life a smelly, shocking-pink liquid became the regular cure for high fevers.  A terrible sensation of gagging used to grip my throat each time I swallowed a spoonful of the loathsome pink solution.  I regretted my earlier childhood days when my forehead burned freely, the only relief a glass of water and sugar.
Another medication I couldn’t escape - I was too young to oppose it- were fortifying shots.  My parents thought me too skinny and were firmly convinced I did not eat enough.  They couldn’t force me to eat more so they decided that for my own good a few jabs wouldn’t do me any harm.  But they hurt a lot and there must have been quite a few because the course lasted for weeks.  It was awful waiting for the jab and the liquid burned.  My parents certainly felt better after my cure.  I felt riddled with holes.
When I was pregnant, especially during my first pregnancy, which was incredibly smooth, they were seriously worried about what hospital I should go to.  They collected a series of creepy stories concerning eighty per cent of the hospitals in Rome, where it seemed people might still have big problems when delivering a baby.  Finally they found the right one and I must say I was lucky to be in a good hospital because the baby decided to come out three weeks early and was a breech.
Luckily none of the family has been seriously ill.  We all grew up and are becoming older.  We are healthy and moderately happy.  My dad is always ready for medical advice and a series of good prescriptions and checkups.  Now he feels we need to have them without fail.