An Italian in Lancaster

When we moved to Lancaster in July 2007 everything was charming and new.  The ochre stone buildings, the cobbled lanes, bright flowers in pots and gardens.   And the weather was not so bad, no fog, and even sunny from time to time!

I came from Rome; I was born there.  Rome is a city with both positive and negative sides.  The overall impression it had left me is of a shabby, ancient place, sometimes attractive, sometimes stressful and disappointing. 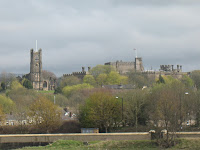 Six of us moved here: myself, my husband, who was attending a PGCE course at the University of Cumbria to be a Maths teacher, two teenage children, who were going to attend a boarding school in Keswick, and two more children, one in a Primary, the other in a Special school.

I knew I had to orchestrate the whole lot, without their being aware of it.  What about my own job or activities?

In Italy I was an English teacher, which would not work here. To be honest I had hardly had the energy to work in the rough secondary schools of the suburbs of Rome since we had adopted my youngest child, Valentina. When she arrived in Rome from Ukraine in June 2002 she was a tiny, two-year-old blond child. At first we thought that her strange, challenging behaviour was a matter of a few months of adaptation, but it lasted years.  All we knew on leaving Italy was that she had severe deafness and she hadn’t learned to speak Italian in five years of speech therapy. 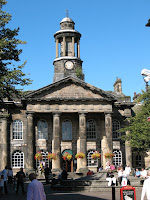 In England they suggested a school for hearing-impaired children with special needs, and I was very glad of it.  I knew my other children could manage by themselves with a little help but Valentina had been so demanding I felt exhausted.  I needed extra help.  After a few assessments we found out she was autistic as well and we could get respite care.

My job became a marginal problem.  I wished to enjoy England, though, especially the North West of England.  I realized it was not like London, Devon or Cornwall, where we had spent holidays once, let alone Wales or Scotland, which we had also visited for a few weeks.  This was the North West, our family divided between Cumbria and Lancashire, and we had to cope with it.

I must say I coped very well.  I started to take some art classes - painting and drawing being my passion since I was a child - at Lancaster Uni, and creative writing classes at the Adult College.  I met friends with whom I am still in contact.  I learned new techniques in painting using not only brushes - as I had always done in Italy - but also sticks, cards, feathers and sponges.   I learned to  mix different media.  I had come from a casual country with classical background and all this was new, stimulating and extraordinary for me.  Creative courses everywhere: I could take my pick. 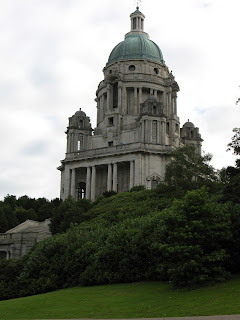 The following year, 2008, everything became tighter because of the credit crunch.  Less funding, less courses.  I started to teach Italian in an Adult College in Cumbria once a week and went there for my art classes as well.  I discovered a wonderful opportunity, absent in Italy: the open mic.  I grabbed the chance in a flash.  I was deadly scared to face an audience at first but I learned confidence when I realized people liked my pieces.  Now I often read at Spotlight in Lancaster and at the Brewery in Kendal.

Food has never been a problem for me as I am not used to eating a lot and can adapt easily to all kinds of food, except raw fish and raw meat. Being the one in charge of supermarket shopping I realized soon there were plenty of Italian products everywhere, and also Indian, Mexican and Arabic.  Always a wide choice: and of course there was English food too.

I mixed a bit of Italian, a bit of English and some Mexican.  My children would not let me try Indian; they said it was too spicy.  A typical dinner could be pasta alla carbonara and Cumberland sausages, chicken and roasted potatoes plus apple pie with cream, risotto with fish and chips, or fajitas and pasta e fagioli (bean soup).  It was not easy at first, especially for my husband, so used to his Mum’s home-made food and whose palate and stomach are so sensitive to any little change.  The children complained a bit about the  abundance of ‘healthy food’ they had at the boarding school: vegetables even in pasta! they said.  I love spaghetti with courgettes and penne with aubergines but they don’t care a fig so I don’t make them.  They love fish and chips, sausages, egg and bacon, toast and delicious English cream with trifle.  I drown in tea, strong and hot, two sugars, to keep my mind working. 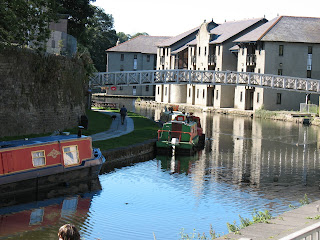 In the centre of Lancaster we saw a lot of Italian restaurants.  They were  highly recognizable not only because of the names on the signs but also because of the colours of the Italian flag.  We are not used to seeing this in Italy!  We tried some of them.  The food was good, sometimes excellent.  It followed the rules of traditional Italian cooking.  Unlike one time in France, when they had served us spaghetti alla carbonara full of chopped onions, with an uncooked egg in the middle.

Pizza Hut was a surprise: family atmosphere and tasty pizzas.  In Rome we are used to thin pizzas, which sometimes can be mistaken for a sheet of crisp pastry, with tomato sauce and mozzarella.  It is a different story in Naples where making pizza is a talent.  Once we chanced on a special Italian pizzeria in London, where we had spent a week last Easter.  They served us real pizza Napoletana and it was outstanding.

Shopping was a new experience.  My teenage daughter came back from the boarding school at weekends and her favourite hobby was going shopping with mum.  We became familiar with all the clothes and accessories shops in the centre of Lancaster, Fisher Gate in Preston and from time to time we went further afield, to Manchester shopping centres and Liverpool 1.  Every now and then I also found something I needed for special occasions.  My daughter always found what she was looking for, a new hat, top or jumper she could match with what she already had and make a new look. 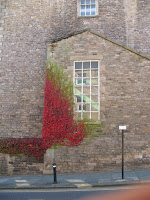 I usually take care that my shoes and bag don’t jar too much with my clothes. Now I have realized how much accessories matter: belts, bracelets, hair slides and hair bands, rings and necklaces, scarves, shawls and purses, let alone handbags.  Also, they should team with each other in some unique, indefinable way.  I have learned a lot.

My daughter has taken on an utterly English style, plain with hints of extravagance.  She has forgotten all the good teaching of Italian classical style,  which my mum had taught me without success, where you have to match the colours exactly, wear wool in winter and cotton in summer.  Wildly boring!

As I have already said, I attend poetry readings but also other literary and musical events like the Litfest week in October, music in pubs and performances at the Dukes Theatre.  Sometimes I write reviews of the events I attend for Lancaster4u and the Lunecy Review websites.  I am having a great time.  I was not used to going out in Rome, because there were no opportunities and because we usually met only relatives or close friends.  What a change.

During our first year in Lancaster we were so busy settling down that we had no time to see any tourist site, monument or museum.  My children were very happy about it.  They said they had been on a monument spree in the past, in Italy, and they had had enough.

As soon as I got my breath back, I scheduled some unmissable sightseeing in the area and persuaded the children to attend, promising a game, cinema tickets or extra pocket money. 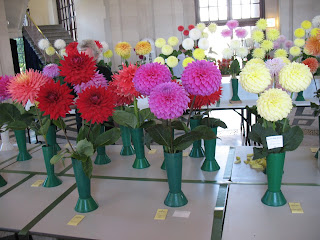 We managed to see Lancaster Castle and the Priory, the Roman Bath House, Ashton Memorial, the City Museum, Morecambe Bay and its traditional villages. We saw something of Manchester and Liverpool as well. That’s all. We should do more but the children have other pastimes at the moment, especially the two teenagers.  It's understandable; I was the same at their age. 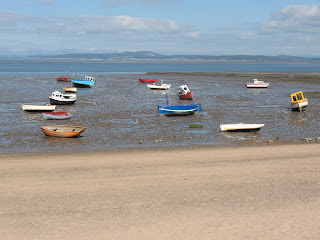 Despite the children, I was at Dove Cottage and at the Tate in Liverpool on my own, both fulfilling experiences.  Never mind, there is time for everything and we can savour Cumbrian amenities and Lancashire treasures a drop at a time.   We are going to stay here now that we have bought a house.

All in all, it has been a positive move from Rome to Lancaster.  We have found a pleasant town with interesting Georgian buildings, Italian food, good music and an old-fashioned English atmosphere, which is no bad thing at all.