We are an Italian ‘mixed’ family

I have always thought of my family as a mixed family, though we are all Italian.  Once my husband told a joke: “I look like a Swedish man and you look like a Turkish woman, but we both speak Italian perfectly well.” 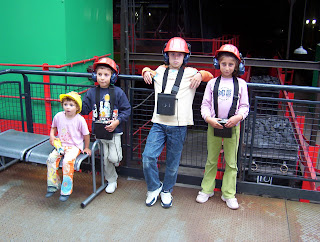 Everybody knows in Italy we are quite mixed: Celts, Greeks, Arabs, Normans, Goths, Huns, interbreeding for centuries with the Italian populations of the Peninsula.  Its boot shape stretches into the Mediterranean very near to the Balkans on the East and not far from the Middle East area and Africa in the South.  Even today people from Albania and North Africa can easily reach Italian coasts by boat, especially in summer.

Italy is also accessible from central Europe through the mountain passes of the Alps.  Different populations could come and go in the past and maybe decide to settle because of the warm climate and the fertile soil.  Two things which were crucial then, when there were neither central heating nor supermarkets.

Assorted races interbred over the centuries.  They had to get used to newcomers too, because after the fall of the Roman Empire Italy was divided into little states till 1860.  There was no central government to defend or control either invasions or migrations.  Even the Romans did not mind accepting other populations (e.g. there was a Scandinavian colony in Ostia near Rome) as long as they did what the Patrician families wanted and paid taxes to fuel their luxurious life and the Roman Army.

Later, artificial theories were manufactured, especially during Mussolini’s twenty years of dictatorship.  He accepted German racial laws in 1938, declaring we were descendants of the Aryan race.  Typical Jewish features were dark hair, olive skin and hooked nose, which perfectly match those of myself, my daughter, my father and several other members of my family.  Probably they describe the majority of Italians perfectly.

Once we were on holiday in Denmark.  We had three children at the time aged six, four and two years old.  We alternated whole days in theme parks like Lego Land and Bon Bon Land with tours in typical towns and visits to museums.  The National Museum in Copenhagen was my favourite.  In the Youth Hostel there were families from different parts of Europe.  I remember there was also an English family.  Well, she was English, dark like me, married to a Danish man. They had three blond children playing around with mine.  We had a good chat about food, especially about Italian food and where you could find it in England.

The day we were going to leave, a family – father, mother and two children - approached us in the common room.  They were all chubby and fair with a shy, welcoming smile.  The man bowed to my husband, who sprang up from his seat. He introduced himself politely.  He was from Iceland and was on holiday in Denmark with his family.  He asked my husband's permission, if it didn’t bother him, to tell him where we were from. Our expressions must have puzzled him, not only mine and my husband's but also the children's.  My eldest son looked like a Scandinavian boy, my daughter looked like me and my third child was a little chubby blond boy at the time.  Besides, they spoke mixing Italian with English because we lived in Stockholm and they attended an International School.  I believe our nationality was hard to identify.

Valentina was not with us yet. We adopted her from Ukraine in 2002. With her high cheekbones and slant blue eyes she would have confused the Icelander even more.

Filling forms
I was equally puzzled when filling in forms for Creative Writing courses and applications for jobs in England.  I had to declare my ethnic origin.  Which box should I tick? I thought.  I am not white British.  I am not white Irish.  In Italy we haven’t got such forms because we wouldn’t know what to put on them. Italian origin crossed with Arabian, a sprinkle of Norman and Goth? I was tempted to tick the ‘white and black’ box.  Then I went down to the end of the list.  ‘Other white’ or ‘white European’ was what they expected me to tick.  And this is what I usually do, and cheekily add ‘Italian’ when there is enough space.  I know it is only for the sake of statistics.  I need only to get used to such forms. 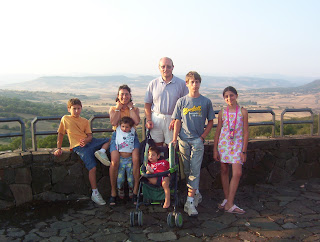 A few forms asking about my sexual identity came to me as well.  Why do they want to know that? I asked myself.  For dating?  For equal opportunities, they said on the form.  I was tempted again.  This time I wanted to tick the ‘trans’ or ‘lesbian’ box.  But with a husband and four children, a seventeen-year happy marriage and no tell-tale operation scars, it would have been hard to prove it.  So I ticked the ‘right’ box (I don’t remember the name, heterosexual, I suppose) and admitted I hadn’t violated 'natural law'.  Not yet.

I don’t remember forms asking about my religion.  It would be a tricky question.   What about Independent Pluralist Personal Point of View?   I do believe in God, but I don't know how He labels me.

or Marry a woman from your own neighbourhood

Since I was born my parents, especially my dad, used to repeat this old saying: donne e buoi dei paesi tuoi (literally: women and oxen from your own village). In my case ‘uomini e tori dei paesi tuoi’ (men and bulls from your own village) would fit better.
Apart from the sex of the animals, which seems irrelevant, the proverb aims to teach that we should choose our mates in our own country, among our own people.  It is the safest path, dad used to say, because you have the same habits and the same unsaid rules which work so well in a relationship.
Being by nature a rebelling, romantic spirit I refused this pattern and thought it sounded like arranged marriage, which did not match with my idea of a happy love story.
My husband is Italian but his outlook is foreign to mine, which I especially like…and vice versa.
Nevertheless after seventeen years of marriage I must say that common habits and common beliefs help a lot.  But this is something you can also find in people coming from different countries.
I have met a lot of ‘mixed’ couples and though prejudices work against them they own precious gifts like flexibility and open-mindedness, which are essential for a happy life.  Eventually it is always the people who make it happen to succeed and sometimes the riskier approach can be more rewarding and real.
An unhappy example of a mixed couple that comes to my mind is that of one of my Swedish friends I had met in Stockholm who had married (and divorced) a Sicilian man. They loved each other very much but different mentalities and different expectations from one another wore out the relationship.
In Stockholm at the Italian Mass I also met regularly a singular couple.  She was a tall, stout German lady, he was a short, dark Italian man.  They looked like a pair of comedians but actually they matched perfectly well (like all good comedians).  They had had seven children who were grownups, some living in Sweden, some in Germany and some in Italy. They were very relaxed and supportive to each other.
Another happy example is that of one of our relatives.  She married and African man and they have three beautiful children.  They look beautiful, too: film star types. He is Muslim and the children are growing up in the Muslim faith.  They are very happy together and his and her large families support them, which sometimes plays a big part in a long term relationship.
Undoubtedly every couple is its own, different world and a lot of ingredients work to make it successful.  The old saying can be useful but not universal.
(Hooray!) 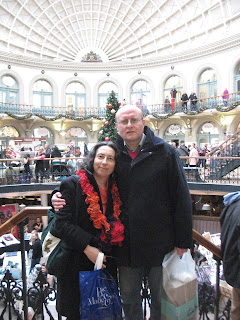