My trip to Rome 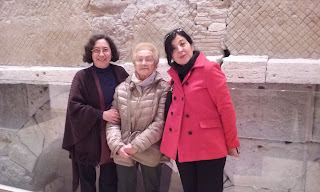 I was in Rome only five days to take my mum back to her house after seven months she had spent with us in England. I helped her pay a long list of bills and decorate the house for Christmas. She bought a new nativity with an ancient Rome kind of scenery, and I found a tree branch in a park nearby to use as a Christmas tree. We put it in a vase and decorated it with baubles and tinsel. It was all very simple but gave a cosy festive touch to the house and made her feel at home.

We also met some friends and had a tour around the centre of Rome to see how it was embellished for Christmas. We saw the famous Spelacchio in piazza Venezia, a twenty metres Christmas tree (for a total cost of forty-eight thousand Euros) nicknamed Spelacchio (literary ‘hairless’, as its branches were almost bare) by social media. It was a red spruce from Val di Fiemme in the north of Italy which lost part of its foliage in the transport to the capital. It was soon compared to the one in Milan, which looked flourishing in comparison, maybe an unintentional metaphor of the different reputations of the two cities. Spelacchio became a symbol of the poor conditions of the capital but the people of Rome loved it and left messages on its branches, like’ R.I.P. with you’, ‘beauty is not all’, ‘you’re beautiful all the same, NY’, ‘hold on Spelacchio’, ‘let’s fight together’, ‘you’re in our hearts’. It became a kind of pilgrimage site and once dismantled, someone remarked that the tree was not actually dead but moved to a special mysterious island where Elvis, Kurt Cobain, Michael Jackson and Moana Pozzi already live happily. In reality, its wood will be used for a little house for children and small gadgets, a clever recycling idea.

I took photos of many other interesting decorations around Rome, like a tree made of sheets of paper with the picture of the poet Alda Merini standing out in its folds, a tree made of artichokes in Campo de’ Fiori, street lights with berries and chilli peppers compositions.

I visited the new Rinascente (https://www.rinascente.it/rinascente/it/flagship-store/11115/roma-via-del-tritone/)in via del Tritone (in the centre of Rome not far from piazza Barberini), a stunning newly restored palace with an ancient Roman aqueduct at the ground floor, eight hundred fashion brands and an astounding view of Rome at the top. The access to the aqueduct (and the view) is free, the rest is dearly expensive but beautiful to see. 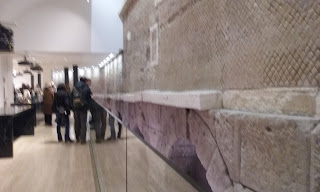 Rinascente opened last October after long restoration and refurbishing works delayed by the discovery of the ancient Roman site. What you can see on the ground floor are the remains of the Aqua Virgo (virgin water, the same water that supplies Trevi Fountain, just a few yards from Rinascente) aqueduct built by Agrippa in 19 BC; but not only that. Sitting comfortably on soft stools, you can watch a video (in Italian and in English) projected on the aqueduct wall explaining the history of the site from 1st  century BC to 5th century AD. In fact, after the aqueduct they built a thermal establishment, a villa and insulae (apartment buildings) on the aqueduct as well as burial

monuments along the road. Everything is accurately narrated with maps highlighting the different stages and pictures showing the virtual reconstruction of the buildings. After that, you can have a tour around the store (sort of combination between Harrods and Selfridges), admire the breath taking haute couture items on display (some Gucci and Valentino bags looked like works of art worthy a museum exhibition, let alone the shoes) and see if you are lucky and find a bargain. I managed to buy a tiny fish shaped fridge magnet, a Mokina with the Italian colours (now on display on my kitchen shelves near a cup commemorating the coronation of Elizabeth II in 1953, a lucky find in a charity shop) and some trendy socks on sale for my daughters. I took a lot of photos, though.

My mum found an oil cruet and was interested in some frames but the prices were too high. She came back from England with a lot of pictures she wished to arrange in frames. So we finally went to Ikea and bought four wall boards fitting about ten photos each. One was for my daughter’s graduation photos, another one for my son’s wedding and the other two were filled with some snaps of the grandchildren when they were little that my mother dug out from old albums. 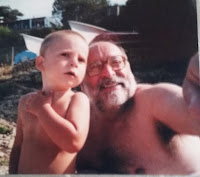 This was an occasion for me to revisit some beautiful photos I had almost forgotten, and the delightful moments they made me recall. They were pictures taken when we were in Stockholm (where we lived for a year in 1998-99), at the seaside in Italy with my dad looking happy and healthy hugging my children, or when the children dressed up for Halloween and Carnival. It was moving in part but also rewarding to see how much we went through to where we are now.

Posted by http://carlascarano.blogspot.co.uk/ at 00:21 No comments:

I took part in an incredible event at the university of Reading last Thursday organized by the departments of English literature and History. The Van Emden Lecture Theatre was full of young (and not so young) people eager to celebrate a hundred years of women’s suffrage displaying the colours of the WSPU (purple, white and green) and pictures of significant (but not well known) women. 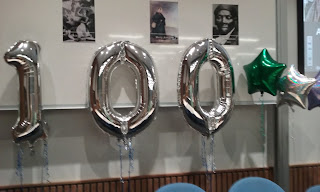 In 1918 a limited women’s suffrage was granted in the UK for women over thirty and owning property. Women’s vote was already effective in countries like New Zealand, Finland, Norway, Sweden and Australia. After WW I, most of the western countries introduced or expanded the right to women’s vote, though for some nations it happened only after WW II, such as France (1944), Italy (1946), Greece (1952) and Switzerland (1971).
The event at Reading not only celebrated the achievement of women’s suffrage – which today is considered such an inalienable right –, it also pointed out forgotten outstanding women who are missing from historical records. One example is Constance Garnett who taught herself Russian from scratch and translated sixty-nine works of Russian nineteenth century literature into English, among them authors like Tolstoy, Dostoyevsky and Chekhov. Her work had a huge impact on the English authors of the time. But instead of recognizing the importance of her contribution, some critics consider her work flat, second order translations, in brief she was not a professional. But translations are not supposed to last forever and this is the reason why books are translated again and again. The language and the inevitable interpretation of the original text become outdated quickly. So, why such a denigration of Garnett’s work? 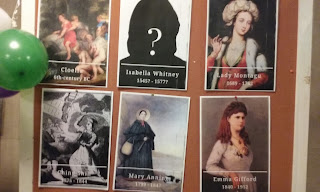 Other incredible courageous women were remembered, such as Stella Browne, who campaigned for the right of legal abortion, Jayaben Desai, who organized the Grunwick strike in north west London, Libby Lane, the first woman bishop, the African-American abolitionist Harriet Tubman, Mary Aming, famous for extracting fossils in Dorset and Devon but whose work was never fully credited, Ching Shih, who was a pirate, and Emma Hardy, Thomas Hardy’s first wife, who wrote two books about her marriage and a collection of poems. 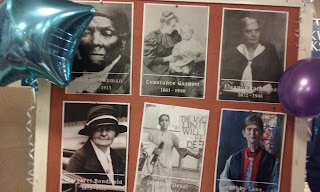 I believe that there must be much more women whose records are buried, forgotten or erased to hide their achievements and potentials and give space to men. Diminishing women not only keeps them quiet, but also grants some vital necessities of our society, like child bearing and their raising, cooking, shopping, cleaning, caring for disabled and elderly people. All these works require time, energies and dedication. They can be shared with men, of course, and some men do it, or you can pay someone to do it, which has a cost (in the case of disabled or elderly people it can have a high cost). How much easier it is to give the whole burden to women. And how unfair. 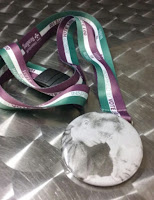 Your life slips away without giving you the time to concentrate on anything substantial and rewarding, anything distinctive that puts you in touch with the outer world and opens your mind. Having a family is rewarding as well, but it may not be enough. The multitask approach can be a solution (having it all: home, family and career) but it is also exhausting, almost impossible sometimes.
Maybe today that life is longer, that women can easily find help in house chores and some men are happy to help with the children, maybe women today can catch up at some point, engage in serious career paths and stop being considered only amateurish.
I am sure that there are millions of talented women that can find their valuable space in our world. As Madeleine Davies said last Thursday, genius is not only in the masculine.

Posted by http://carlascarano.blogspot.co.uk/ at 06:43 No comments: