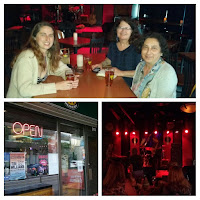 In July I travelled to Canada. It was an enthralling experience. I was in Calgary, Alberta, touring the area and carrying on with my research on Margaret Atwood. I had contacts with the University of Calgary but could not access their resources as I did not have a student visa. Nevertheless, I found interesting books at the New Central Library, an ideal place to work, study and relax. I visited Calgary and the region from top to bottom with the help of some friends, fellow poets I was in contact with through Freefall magazine, which published one of my reviews about a year ago. Before leaving I emailed the editor, Crystal, who introduced me to a fellow writer, Pam. We had an evening out together in a dancing venue and Pam invited me to several poetry events where I met the poets of the area. I attended a poetry workshop at C-Space cultural centre and three poetry readings where I read my poetry at open mics. I also attended a poetry performance with the incredible Miranda Krogstad at Arts Commons. It was a fantastic show focused on her life experience as a daughter and a poet seen from the multi-faceted and multi-cultural Canadian angle. Three languages featured in the show: English, French and American Sign Language. The videos projected on the background were superb. Here are some links to her work:

Pam took me around Alberta. I saw Banff and Head-Smashed-In-Buffalo-Jump World Heritage site with her. She was very friendly and I felt incredibly lucky to have such fantastic opportunities in a country I was visiting for the first time. In my mind everything coalesced in a more complete vision of Canadian culture that entails ancient Indian traditions and rituals, art and today’s multi-ethnical and multi-cultural aspects as well as cowboy culture. It was an enriching experience both at an academic and personal level. I had a unique opportunity to ‘live’ the country, meet people, see places I had only read about till then, as well as having a direct experience of the people, the weather and the terrain. It was thrilling and I loved it from the first to the last day. Here are some links to my Canadian friends’ works and performances:

Museums, Malls and cultural sites were extremely fun though I also worked hard on my PhD thesis. Shopping was my happy time. There were so many new things to buy for me, for my family and for Italian and English friends. I bought everywhere I went and eventually I had to add a third suitcase to my luggage. Though I didn’t exaggerate in my shopping as I used all the things I brought back from Canada, mainly as presents which were very much appreciated.

Nature is paramount in Canada. In Alberta it expresses itself in the weather which is warm and sunny most of the time in summer but can also be unpredictable with sudden gusts of wind and storms occasionally. They also told me that in winter it can be very cold but suddenly the Chinook winds blow and melt snow and ice. The changeable sky and wandering clouds reflect this natural course typical of the region, which is a challenging and appealing characteristic. 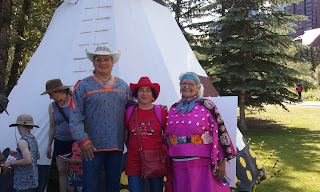 It was great fun, a real holiday that inspired my writing, my studies, opened my mind to new horizons and contributed to my knowledge of Canadian culture. It was relaxing too, though I worked hard on my thesis on Margaret Atwood as well. I found interesting resources at the New Central Library in Calgary where people meet not only to read, study and borrow books, but also to play, chat, attend sessions of storytelling, music and Indigenous language. They have meetings at the Café decorated with cactus plants where you can have delicious cappuccinos and milkshakes. Wi-Fi is free, plenty of computers are available and the staff is very helpful. Studying at the Central Library was a treat. I spent a lot of time taking notes at the Café with the background noise of children.

It was a fantastic experience. I wrote about it, of course, in travel journals published by London grip. Here are the links:

The whole experience was inspirational, enriching and unforgettable. a great adventure I would like to repeat next summer, maybe visiting different regions, probably Ontario and British Columbia this time. It would be an occasion to catch up with my Canadian friends as well. I would like to spend some time in Banff too, a striking place in the Rockies with incredible green-bluish lakes and astonishing forests. Experiencing Canada in winter is on my bucket list too, that would be ‘real’ Canada! 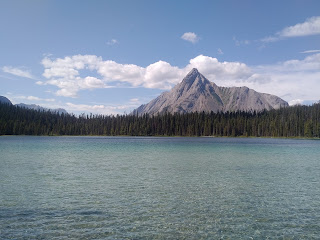 Posted by http://carlascarano.blogspot.co.uk/ at 00:37 No comments:

Oxford inside out/upside down: my son’s graduation

My son Francesco, my third child, graduated last August in physics. It was hard, a big commitment and we are very proud of him. He attained a big goal and though it was stressful at times, he succeeded at the end and completed his master. We tried to support him as much as possible attending some parents’ events at his college, Somerville, and visiting him from time to time. In a way we are happy it has ended, and ended well. 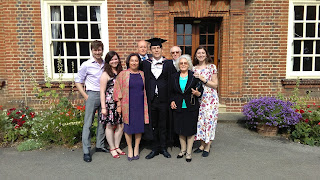 Only my husband and I could attend the graduation ceremony at the Sheldonian Theatre in Oxford. The rest of the family had to follow it on my computer sitting on a bench in the garden of Somerville college as no rooms or other kind of venues or areas were available for them. Luckily, it was a dry warm day. The ceremony was in Latin pronounced with an English accent and there was a lot of bowing, coming out and going into the hall in groups. We smiled when they mispronounced my son's surname (D'Antino instead of D'Antonio). ​After my son there was another Italian graduate, whose surname was not mispronounced as it happened to be Mussolini. The gown was lovely, all black with embroidered sleeves. We took plenty of photos and celebrated with my son’s friends at our favourite Italian restaurant, La Cucina. The air conditioning didn’t work so well but the food was gorgeous. We had various antipasti (starters), a main dish, such as orecchiette cime di rapa (pasta ears with greens), pappardelle con anatra (wide pasta ribbons with duck sauce), calzone pizza (half calzone and half pizza), tagliata di manzo (steak cut rib eye) and cod fillet. For desserts we had tiramisu, panna cotta, lemon sorbet, ricotta cheesecake and walnut chocolate brownies. Everything was super delicious. At the restaurant, we also had a good time with my son’s friends including the family of one of his friends who graduated on the same day and joined us for dinner. 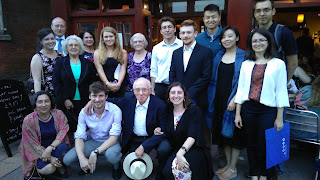 Studying at Oxford university was demanding; we are so happy that my son completed his studies without major issues and with good results. He was happy at the end and planned long holidays in southern France, northern Italy, Rome and Ricetto, a little village in the area of Rieti (Lazio) where my parents in law spend their summer time. In this way, he spent time with his friends but also visited his roots in Friuli, Ricetto and Rome. He hiked in the Alps, in Forni Avoltri (Udine area in Friuli), and worked in his grandfather’s vegetable garden or collected mushrooms in the woods when he was in Ricetto. He came back home relaxed, ready to start his new life, probably planning to teach his subjects but also nurturing his hobbies and interests, that is, painting, writing and reading philosophy. 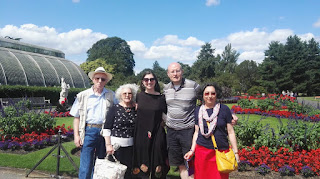 Having all my family for a week for the graduation was a big treat. We also visited the astounding Kew Gardens and saw the beautiful exhibition of glass sculptures by Dale Chihuly on display throughout the gardens. My parents in law loved it, especially my mother in law who has a passion for flowers and trees and knows all their names. It was a sunny day; Chihuly’s sculptures glowed in the light with their bright organic shapes. I wrote a review on the exhibition while I was in Italy which was published by London Grip, here is the link: https://londongrip.co.uk/2019/09/chihuly-reflections-on-nature-review-by-carla-scarano/?wppa-occur=1&wppa-cover=0&wppa-album=158&wppa-photo=2657

My daughter, who had come from Japan for the occasion, spent one more week with us which was another big treat as we miss her so much. Hopefully, she will come back home in about a year. It was wonderful to spend time with all my family for such a happy circumstance that we celebrated with good chats, interesting outings, delicious food and a lot of laughs. 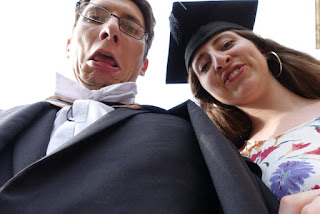 Posted by http://carlascarano.blogspot.co.uk/ at 08:12 No comments: